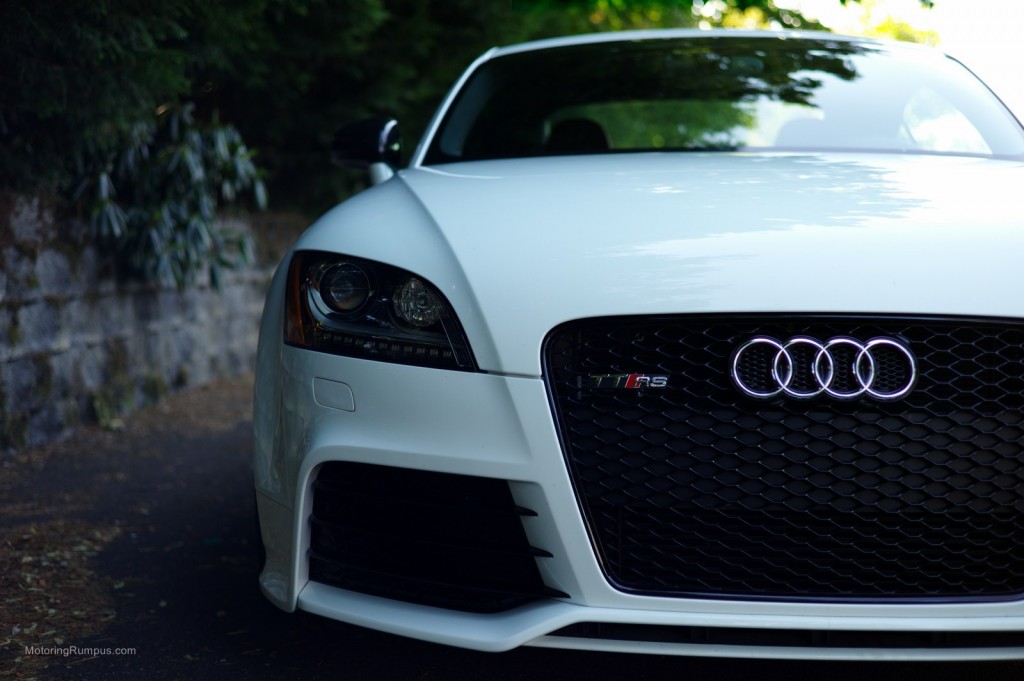 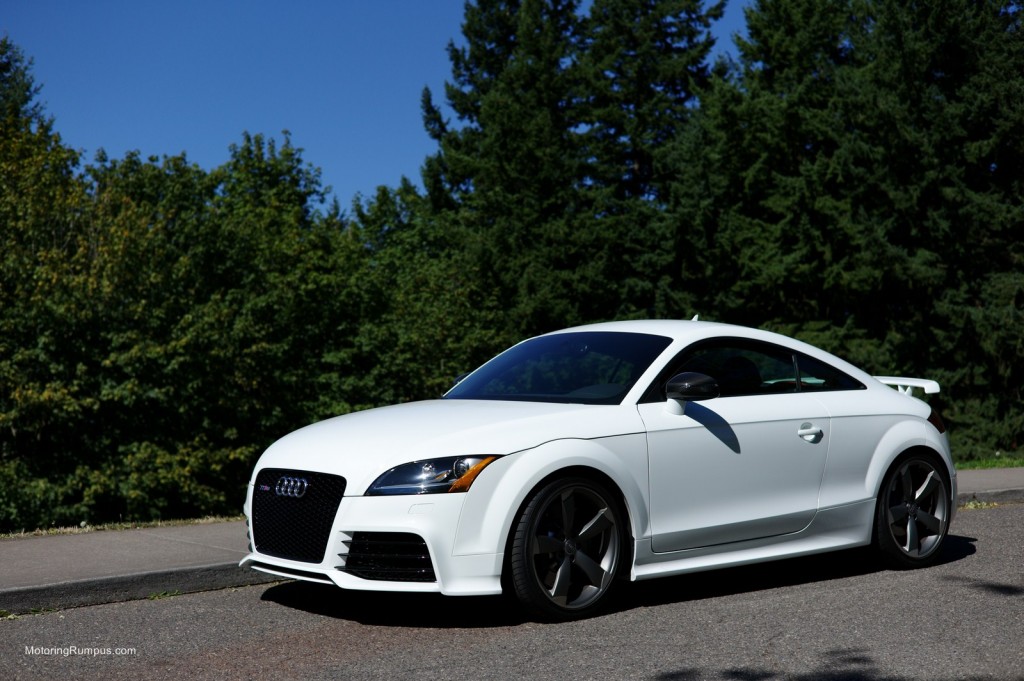 While the Mk2 Audi TT has been around since 2008, the TT RS was only offered in the US for the 2012 and 2013 model years. It marks a big departure from the hairdresser stereotype of the base car, and the RS received some styling changes to help set it apart. That huge honeycomb grille, 19-inch wheels, and a slick rear wing work together nicely to turn it into a mini R8. 2015 will be the last year of the Mk2 TT as an updated 2016 TT was recently revealed, although there have been no details provided on a TT RS successor. 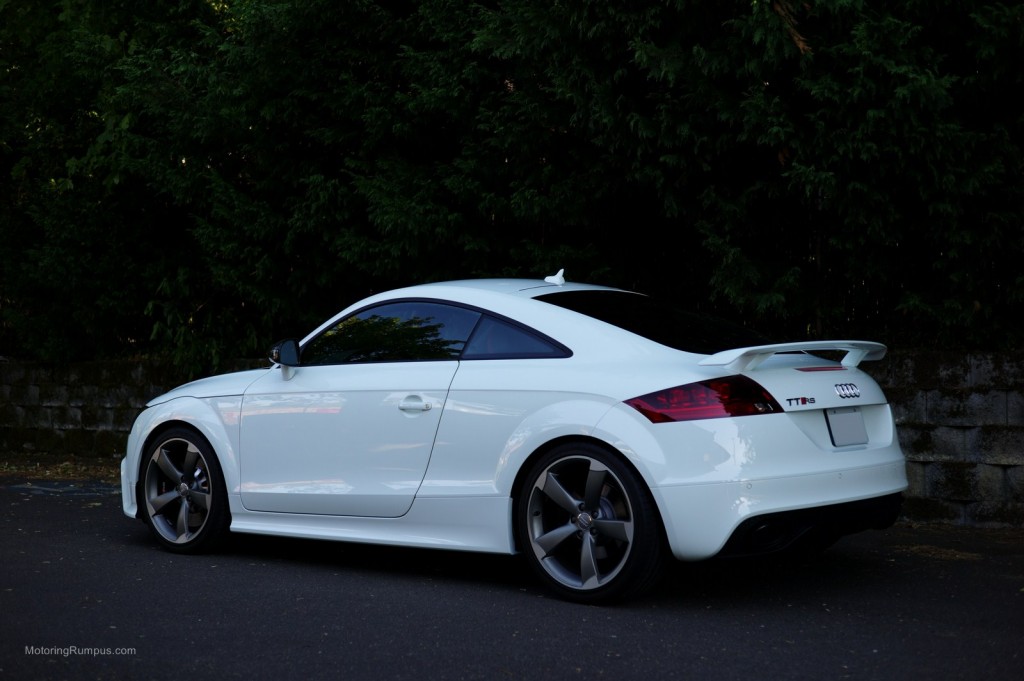 As usual, the rest of the world got a few more TT RS flavors to choose from, with a roadster variant and DSG transmissions being the biggest omissions from the US market. The 7-speed DSG with launch control improved upon the impressive 4.1 second 0-60 time of the manual. Less than 1,500 were sold here, and all of them were 6-speed manual coupes. Fully loaded, it stickered for over $70k, nearly twice what a base TT sold for the same year. Seems steep, but you would be hard-pressed to get more bang for your buck. 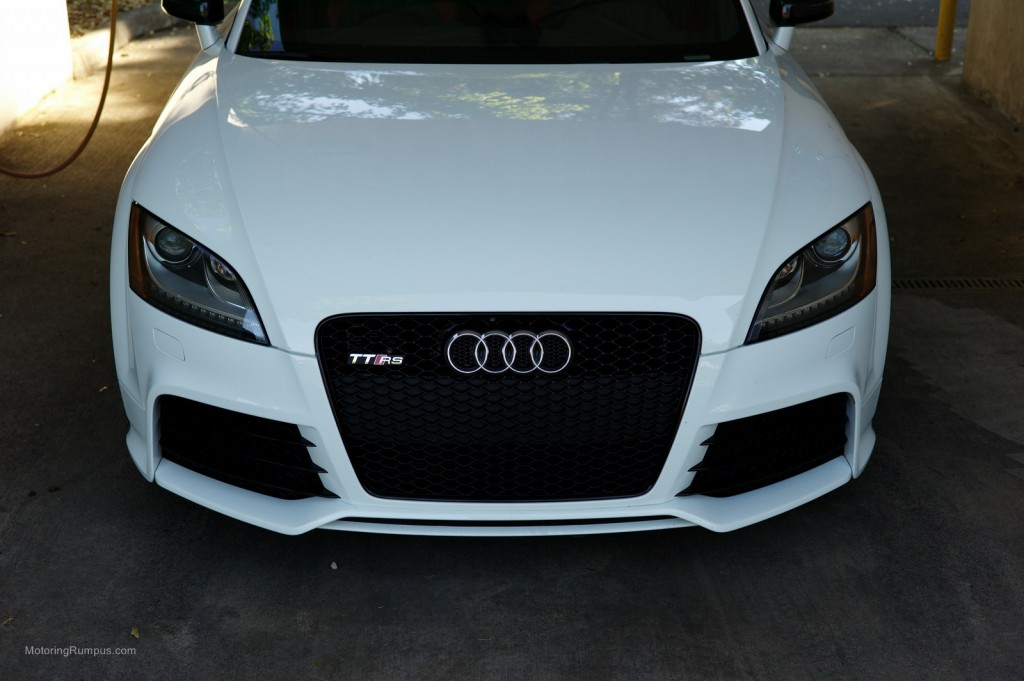 The 5 pot turbo puts out an impressive 360 horsepower in a coupe weighing in around 3,300 pounds. Unfortunately most of that weight is carried over the front axle thanks its transverse front engine layout, and the Haldex all-wheel drive tends toward a front-wheel drive bias resulting in understeer when pushed. No big deal since chances are good it will still be the quickest car on track even when dialed back to 95%. There is a nice growl to the engine that can turn into a drone when cruising steadily down highways. But the car as a whole works together nicely and performs well enough on a track that these are minor inconveniences at worst. 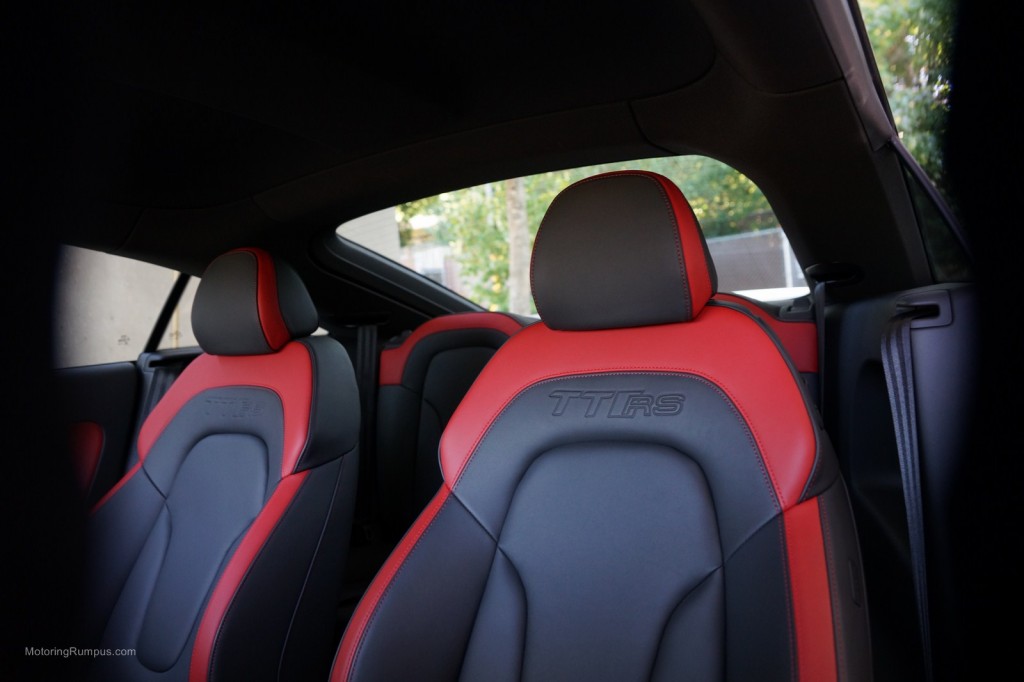 The seats are nicely bolstered, but still nothing like the Euro-only RS seats. There are two seats in the back, but good luck to anyone forced to sit back there. The best use of them seems to be folding them down to increase rear cargo space. You better like black interiors unless you spring for the $3,000 Audi Exclusive bi-color interior. The 2013-only option was offered in crimson red or titanium grey to give the cabin some color. Want a sunroof? Sorry, not available. Electric power steering is a little heavy-handed at parking lot speeds resulting in feather-light steering, but it firms up nicely at speed. 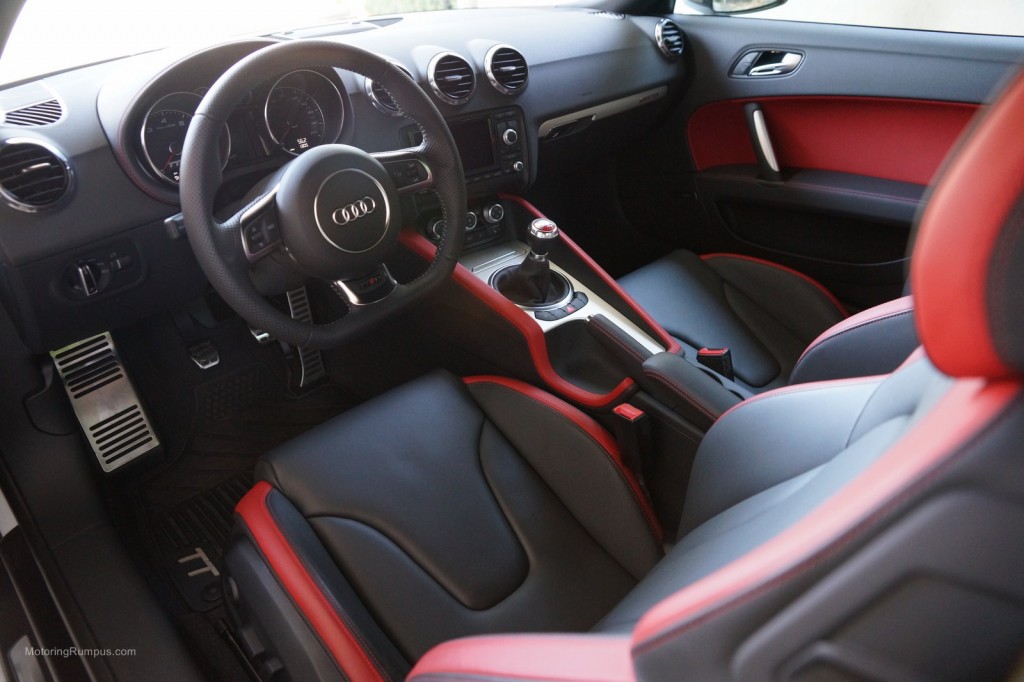 The Mk2 TT has been around since 2008, and the tech is starting to show its age. The RNS-E nav units are getting a bit long in the tooth, with most other Audis having already adopted the newer MMI systems several years ago. A DVD-based nav system requires use of the single disc slot, and swapping the DVD to play an audio CD disables all navigation ability. Two SD card slots are available to play MP3s. 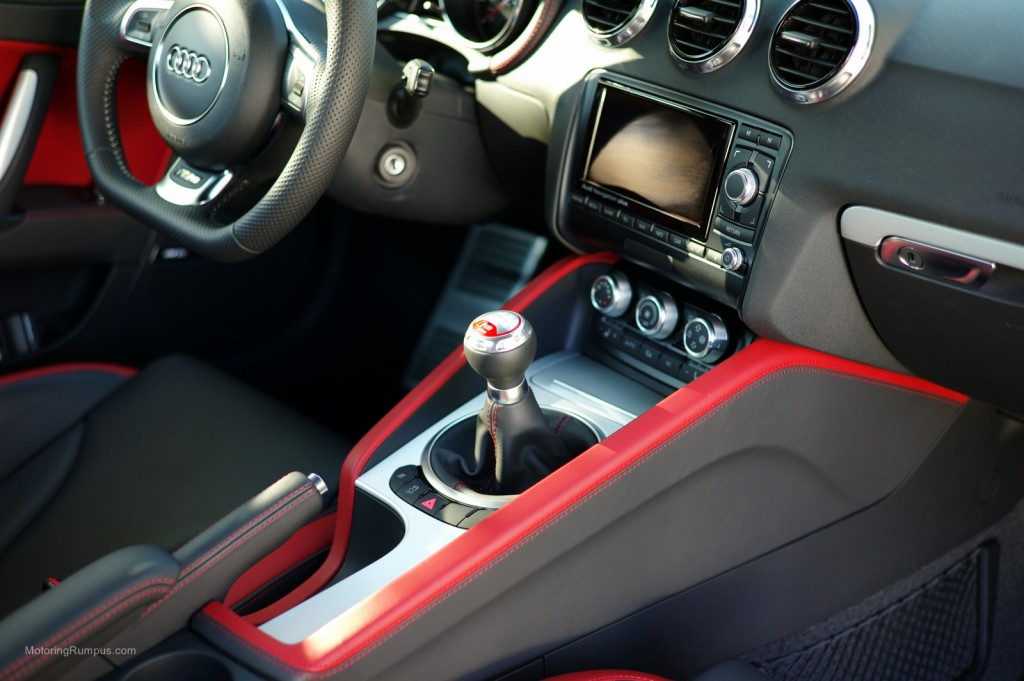 Magnetic ride suspension is firm, a good firm as it should be, but hit the sport button and it can be downright harsh. That magic button also opens the exhaust and sharpens throttle response, which can result in some jerky low speed maneuvering. Mileage is usually low on the priority list for a car like this, nonetheless, we managed to meet the estimated 18 mpg city rating. 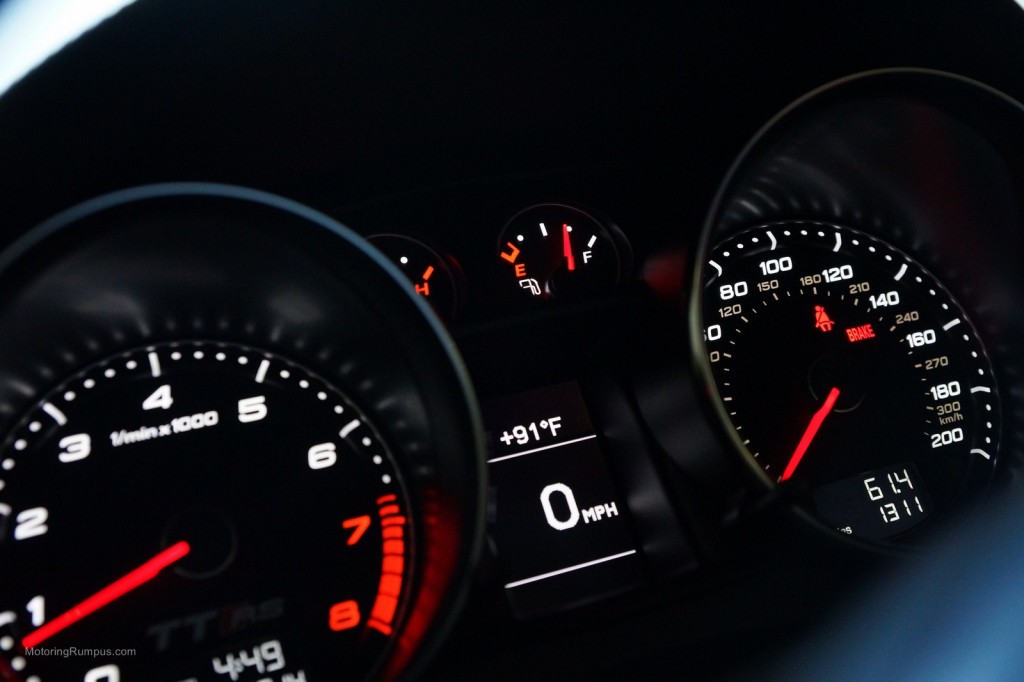 Despite suffering from a bit of senioritis, the TT RS is a more than capable package that overcomes its flaws. Driving purists may even appreciate its lack of complicated tech as it does not detract from the experience. Sure there is a lot of criticism here, but it is only the hopes that others read this and agree that the TT RS is an old pig, driving prices down to a point where it becomes an even more affordable supercar we might someday own. Hey, we can dream! 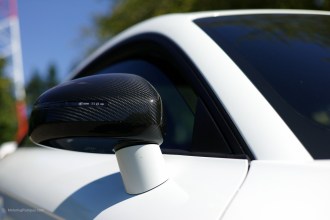 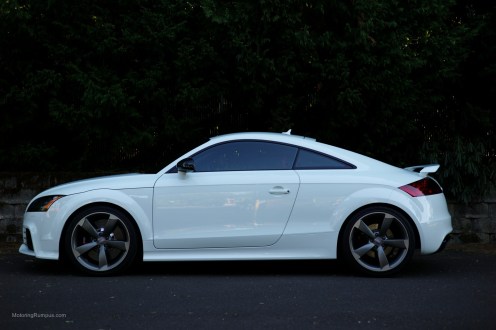 Adding over $10k of options to its $57,200 starting price, this car is pretty much fully loaded. Some things may not be necessary (cough, $1,900 carbon fiber mirrors, cough), but it still seems like a bargain considering what it can keep up with on the track. 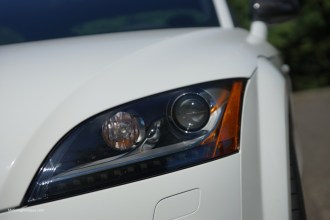 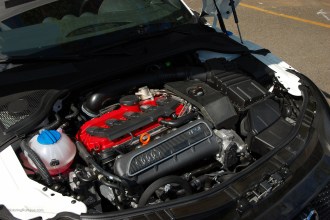 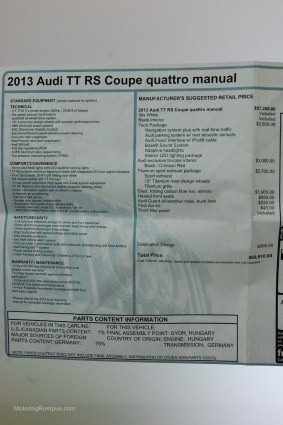 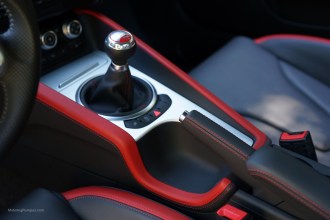 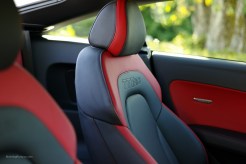 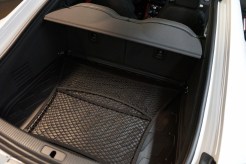