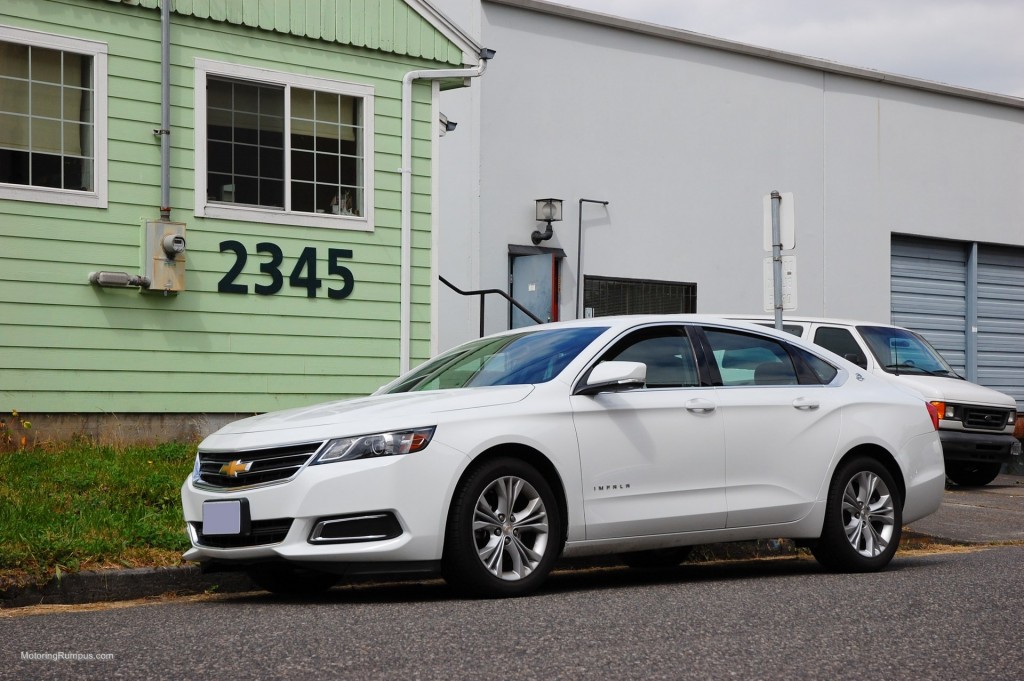 2014 is the first year of the tenth-generation Impala, and it has been completely redesigned. The largest Chevy sedan is now even bigger and further separated from the Malibu. Production of the ninth-generation model will continue through 2016 for fleet use as the Impala Limited 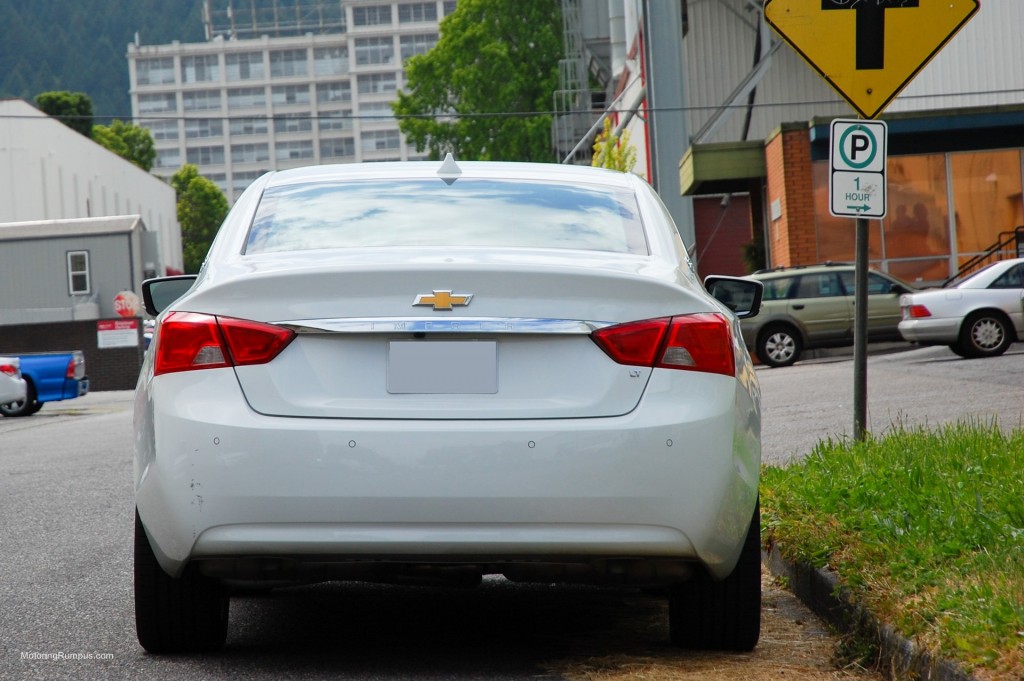 The updated styling is miles ahead of the outgoing model and no longer an eyesore, as it should be. LTZ models with upgraded wheels and lighting help set it apart, but our car in LT trim still looks a little vanilla and is not aging well. As Chevy’s flagship sedan, it needs to be attractive to compete in the full-size segment with the Dodge Charger and Ford Taurus, and it is remarkable how long previous Impalas were produced with their humdrum looks. 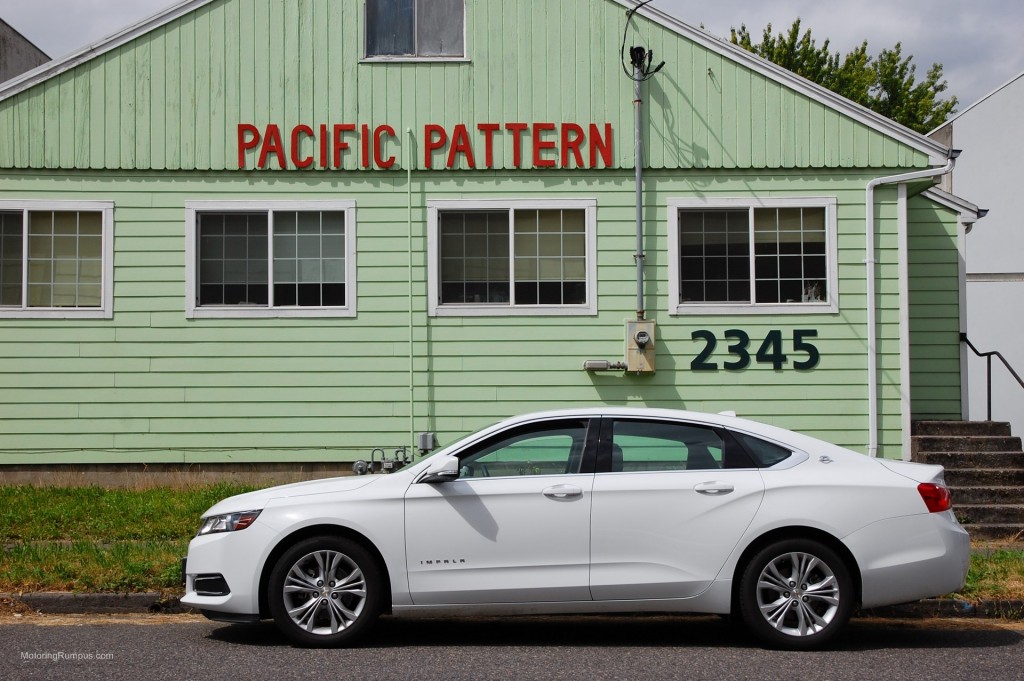 Like the exterior, the interior has been upgraded, but it is still not quite where it should be. The cabin is open and airy, but the monochrome interior makes it uninviting. Space is good for all passengers, even those in the rear, but seat comfort was lacking; they were big enough to accommodate everyone, but seemed to fit no one well. Like previous Impalas, the spacious trunk easily hauls plenty of luggage. 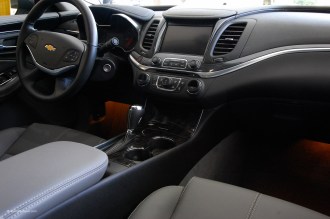 Dash materials are a decent quality, but again the grey color scheme is hard to escape from. Also worth noting, the dash creates heavy distracting reflections in the windshield. 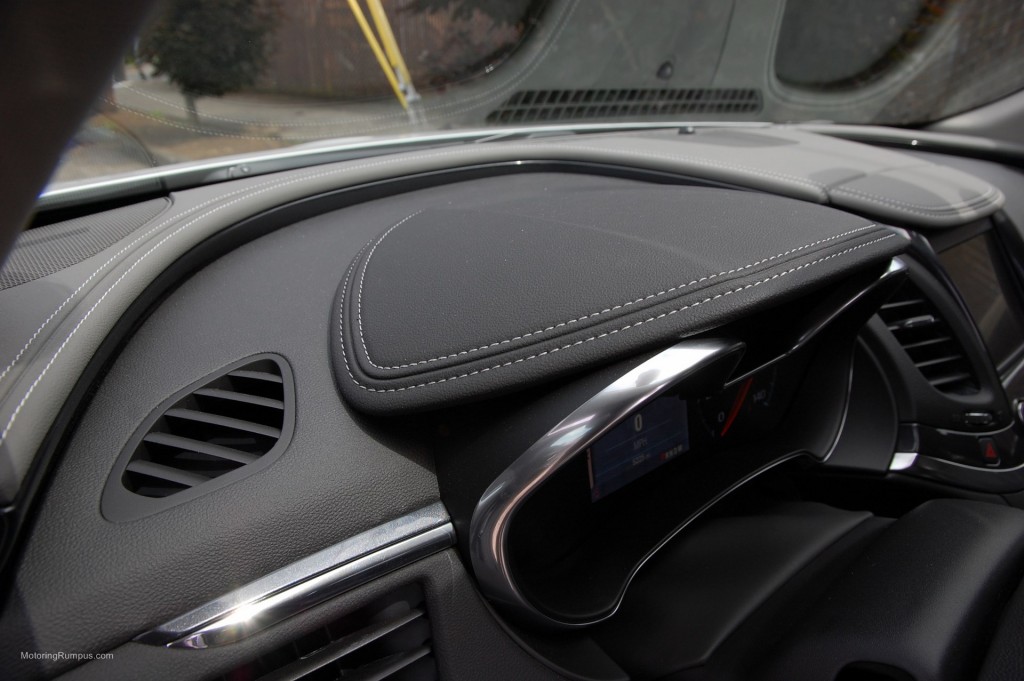 Chevy’s MyLink touchscreen system works well enough, if a little slow to respond, but the real treat is the hidden storage area with USB port, large enough to hold a surprising amount of stuff. 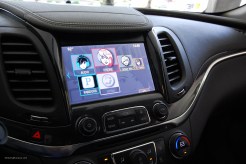 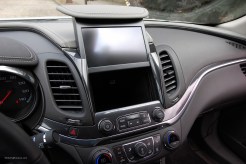 The driving experience is as expected for a large American sedan, not too wallowy, but not exactly sporting. That should not bother typical Impala buyers looking for comfort over performance, but many will be impressed by the amazingly quiet cabin.

$27k is the starting price for a base Impala, with fully-loaded 2LTZ models hitting the $40k mark. 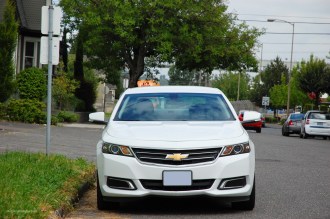 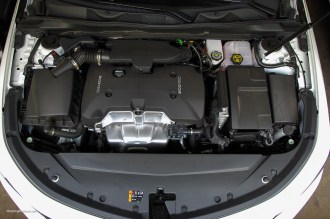