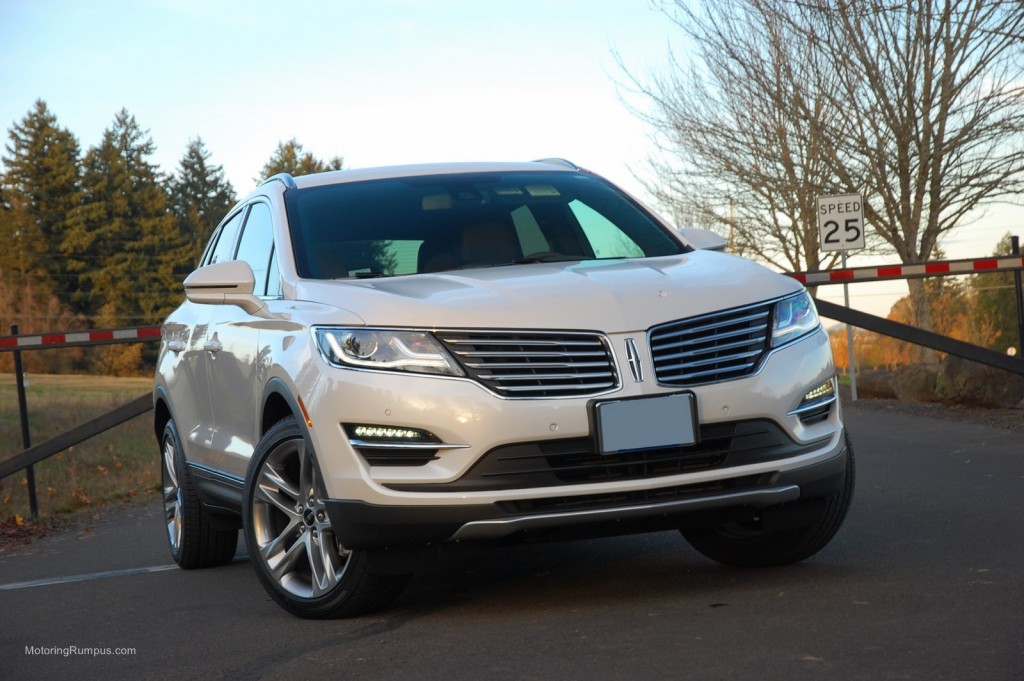 Lincoln is in the midst of a brand-wide overhaul desperately trying to shake off its image of being a car for the elderly, and so far it seems to be working. They have already redesigned the MKZ and MKX, in addition to making Matthew McConaughey their spokesperson.

2015 is the first year of this new compact crossover from Lincoln, and it shares its platform with the Ford Escape. This White Metallic Platinum MKC is a fully-loaded AWD Reserve model, complete with adaptive cruise, lane-keeping, and active park assist. Other than the custom Black Label, this is the highest spec available. 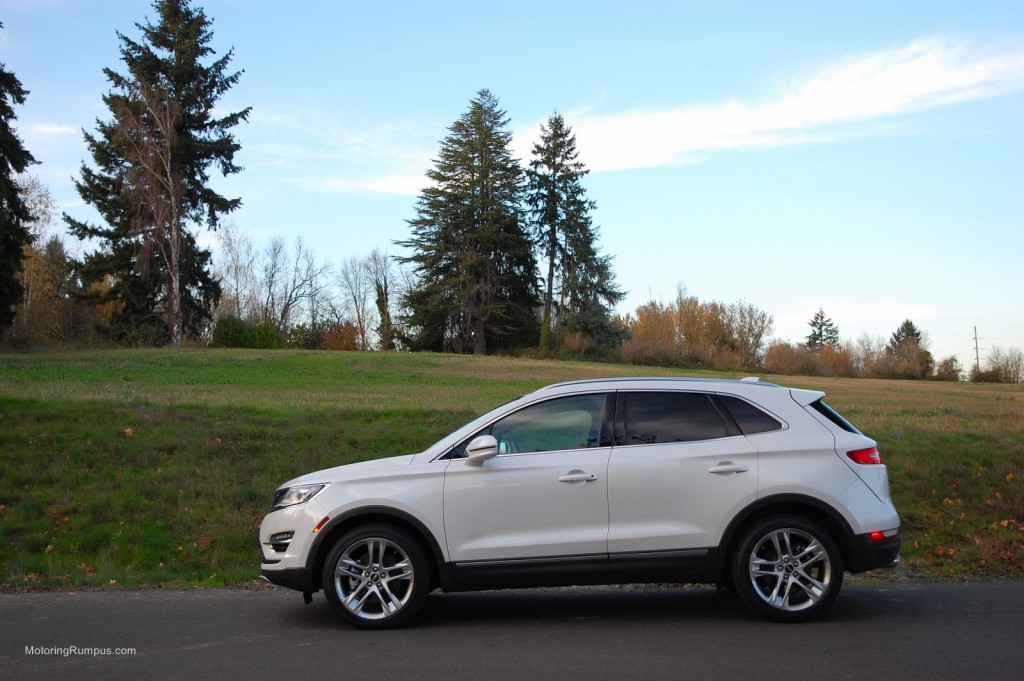 The MKC looks great and bears no resemblance to its Escape sibling, and it fits in well with Lincoln’s newer look. Some of their previous offerings have looked too similar to their Ford counterparts and have not aged gracefully, but hopefully that is changing. After the MKZ, this is the second vehicle out of Lincoln’s new design studio. With the recent unveiling of the 2016 MKX and a new Navigator right around the corner, the new “design DNA” should do wonders for attracting a younger crowd to the luxury brand. The front grille design is a little bold, but still miles ahead of their older models. 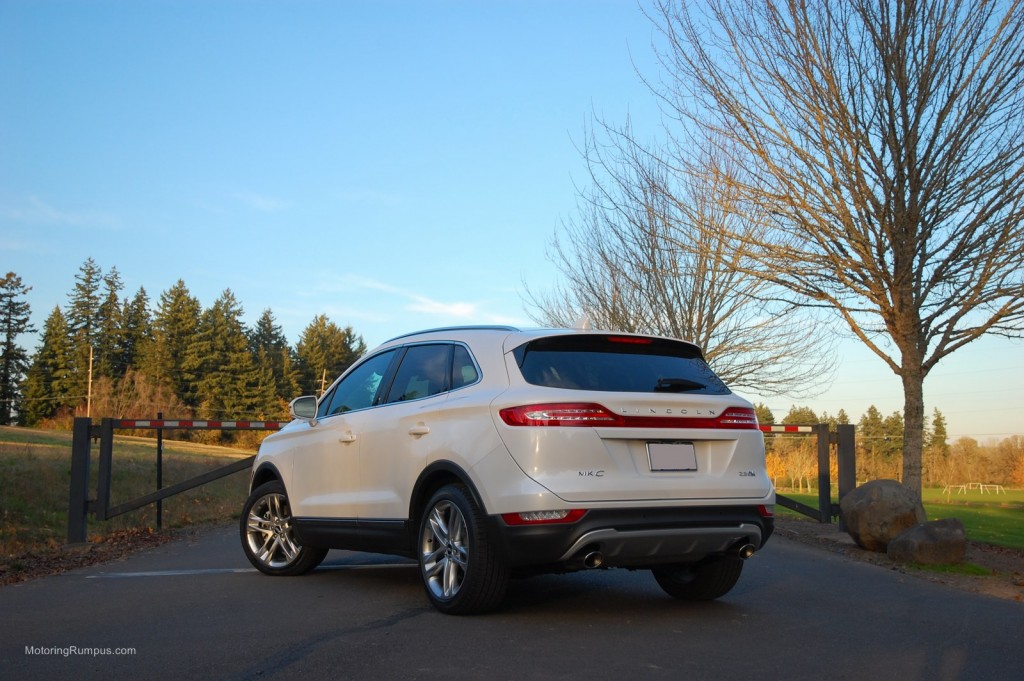 The interior is a comfortable space thanks to premium finishes and some unexpected luxury touches such as heated and cooled seats, heated steering wheel, and that comforting brown interior with real wood trim. Although the brown may not be for everyone, it was a nice departure from the usual black. In what sounds like a silly marketing gimmick, Bridge of Weir created Deepsoft leather exclusively for Lincoln, and it is making its debut here in the MKC. 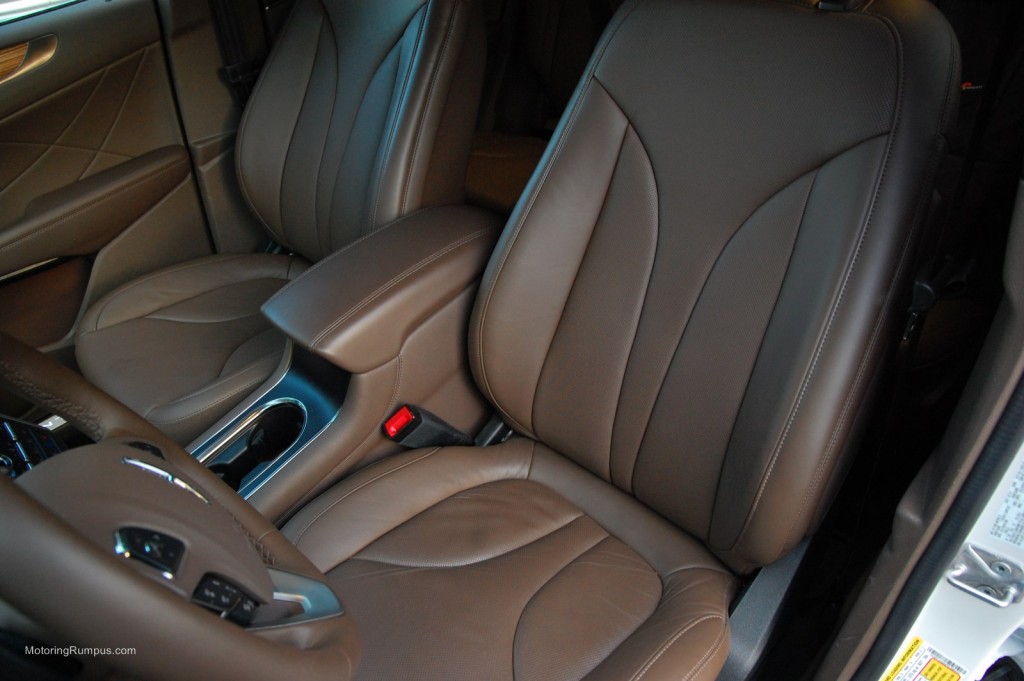 Layout of the push-button gear selection and nearby start button is easily the biggest design flaw of the MKC. Removing the traditional shifter frees up a lot of room on the console, but the new location feels unnatural. It will take a few tries before you stop reaching for nothing when setting off.

The start button is right next to and virtually indistinguishable from the gear selector buttons, and many people inadvertently shut the car off. That is a recipe for disaster, especially considering the Sport button is nearest to it and the most likely intended missed target. Lincoln has issued a safety recall which relocates the start button to the top of the stack, nearest the Park button. 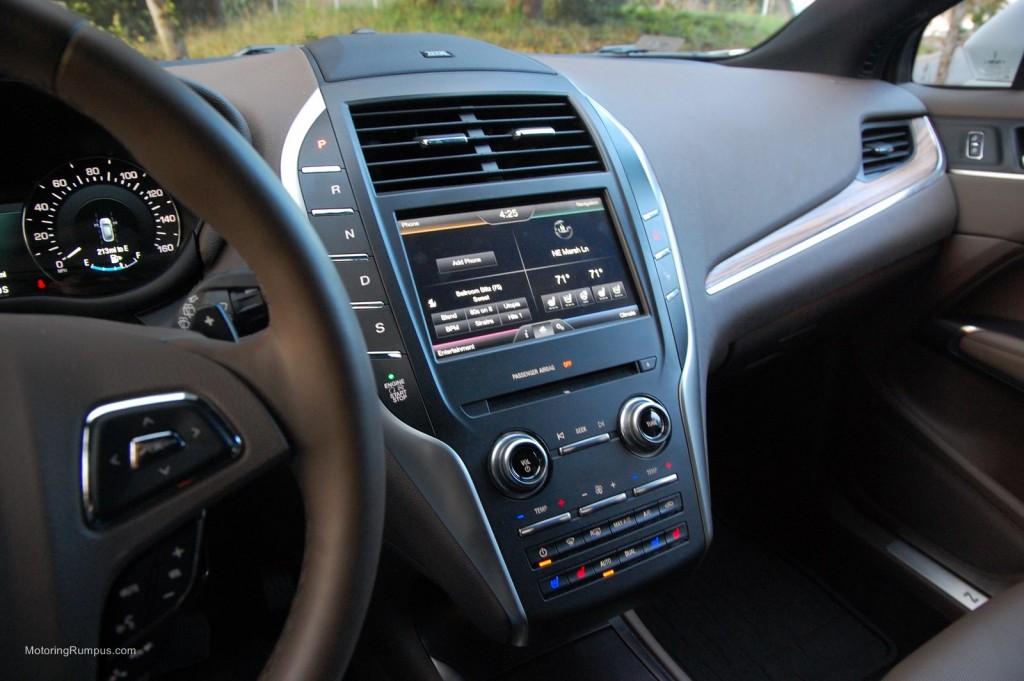 It was nice to see the return of physical buttons to the MyLincoln Touch interface. Ford seems to be continuously improving their MyFord/MyLincoln Touch systems over the years, and they did a good job listening to feedback and removing the lousy touch controls in favor of physical buttons and dials. The interface in the MKC is usable, but still not as refined as other luxury car competition. 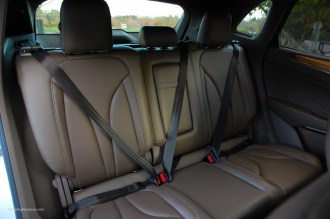 The rear seats are another weak point, but they should be fine for children. Compared to competitor compact luxury crossovers, the MKC is down on space. There is still a good amount of room, but if you need maximum cargo space, there are better alternatives available. 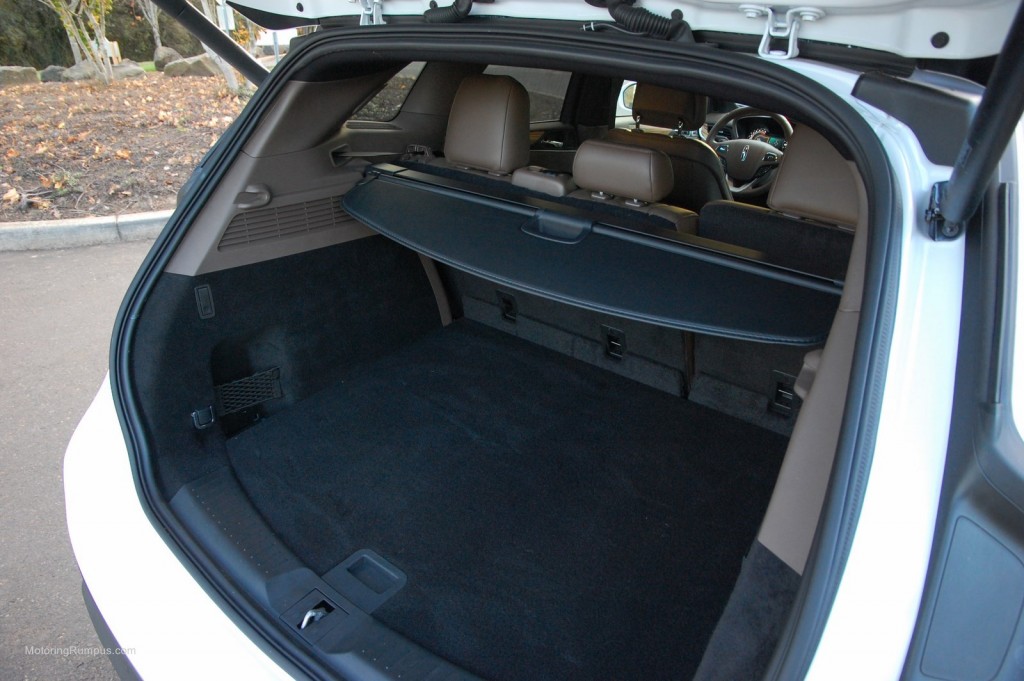 A customizable and mostly digital instrument panel is controlled by buttons on the steering wheel, and it provides the driver with the option of many different items to display. The interior layout already felt spacious for front seat passengers, but the panoramic roof really opens things up. Road noise was kept down to a reasonable level thanks to active noise control, standard on all models. Optional lane-keeping system offers a warning vibration before applying torque to the steering wheel to keep you from drifting unintentionally. 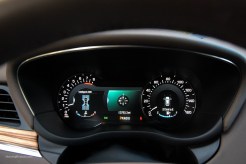 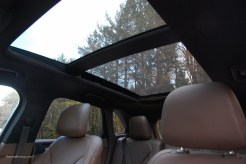 The driving experience was better than expected, and it did a nice job soaking up bumps without totally isolating you from the road. 285 horsepower is a good number from this 2.3L engine, and despite having only four cylinders, it never seemed down on power. It was not exactly quick, but adequate. The smaller 2.0L, rated for 240 hp, might not feel as capable, and there is no V6 available. Paddle shifters let you imagine you were driving something more sporty, but Lincoln is not known for performance, so it is reasonable to assume we will not see any higher output offerings. 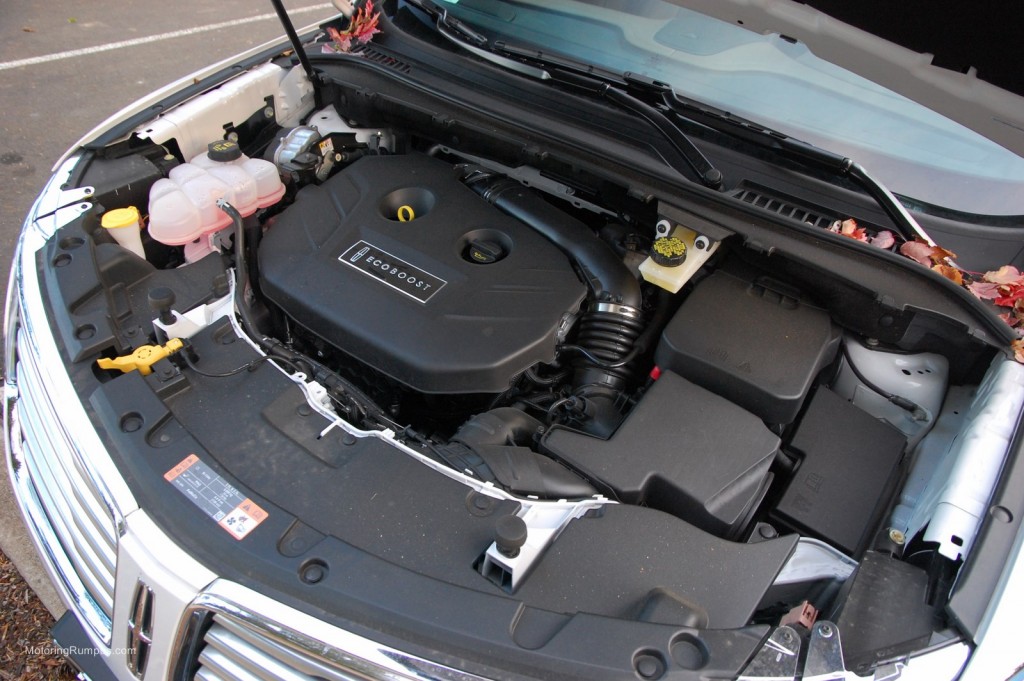 The MKC is still a relatively new car, and many people might not recognize it yet. Lincoln needs to update their image, and so far they are off to a great start with their ongoing redesigns. It is on par with many of its foreign competitors, so it has the ability to take a chunk out of the luxury market, even if it is just a Ford.

One major concern we do have is that the MKC has not been crash tested by the IIHS, but the Ford Escape received a “poor” rating in the small overlap crash test. Considering how closely related they are, we have no reason to believe it would score any different if tested, and therefore have a difficult time recommending the MKC.

Pricing spans a large range, from $33k for a base Premiere model, to $50k for a fully loaded Reserve model like we have here. When comparing with similarly-equipped competitors, the Lincoln usually comes in a few thousand dollars cheaper. 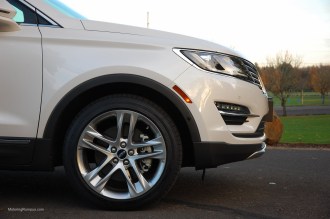 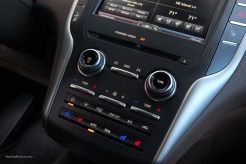 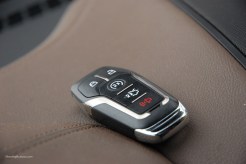