All the buzz around the Audi booth was for the allroad shooting brake concept. It promises 408 hp and 479 lb-ft of torque. And it’s a hybrid. Like most concepts, there is no word on if this will ever hit the production line, but rumor has it the upcoming Audi TT Mk3 will borrow heavily from this design. Last week at CES, Audi unveiled only the interior of the next TT, introducing a virtual display that replaces the conventional instrument cluster. That same interior can be seen on this concept. 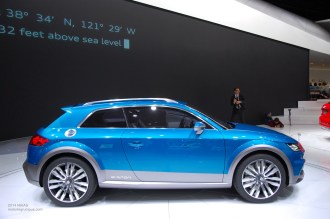 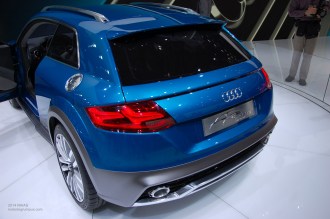 Unlike the allroad concept, the promising new S3 sedan will hit the US market, however not until later this year along with the Q3. The RS7, R8, and S8 were other notable guests, as well as some of Audi’s new e-tron family. The allroad shooting brake is sporting Ice Blue paint, while the production cars below are wearing the Sepang variety. 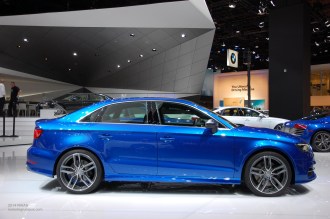 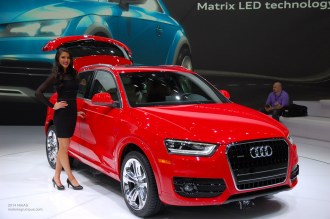 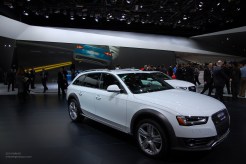 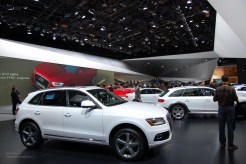 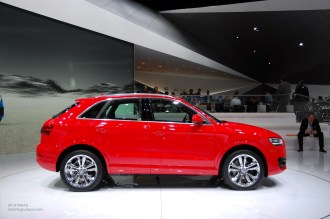 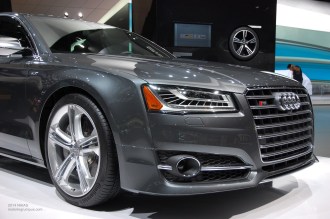