Ford’s display at Cobo Center was by far the largest of all automakers attending the Detroit show. The headliner was the all-new 2015 F-150, and their show floor was so large, they even brought in an assembly line to show the F-150 in various stages of production. With over 66,000 square feet of floor space, they still had plenty of room to give the Mustang a prominent display as well.

The newest F-150 sheds over 700 pounds thanks to a new aluminum body, hopefully giving fuel economy a nice boost. Four different engines will be on offer, from a new 2.7L EcoBoost V6, all the way up to a 5.0L V8, but power output has not yet been announced. Production is expected to begin in Q4 of 2014, and it should hit dealer showrooms by year end.

Ford has extensively tested the 2015 F-150, including secretly running a prototype in the Baja 1000. It was disguised as a 2014 model, but it used the 2015 frame and suspension, as well as the new 2.7L EcoBoost V6. It finished the race in Mexico, and then it was driven back to Michigan. 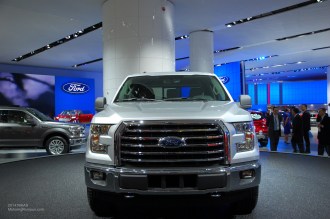 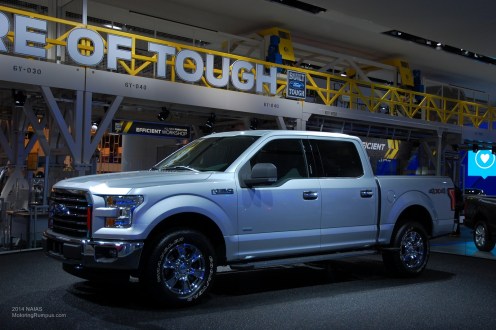 The new Mustang was recently revealed, but Detroit marked the first time the 2015 Mustang Convertible was on display. Big changes to the latest Mustang include an independent rear suspension, as well as a four-cylinder EcoBoost option. They should go on sale later this year. 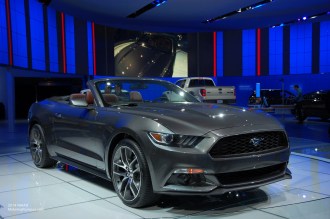 In celebration of the Mustang’s upcoming 50th anniversary, Ford also showed off some of their historic pony cars, the first production Mustang and Mustang 1 Concept. 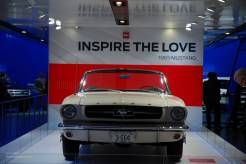 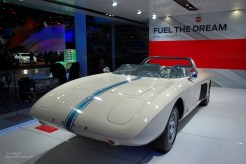 A few different versions of the Transit Connect were on display, as well as the full-size 2015 Transit Wagon. 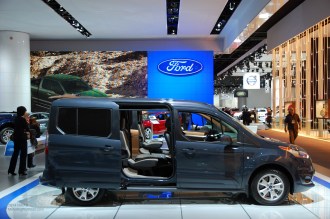 Other notables from the gigantic Ford display included the 2014 SVT Raptor, Edge Concept, and a lot of blue lighting. 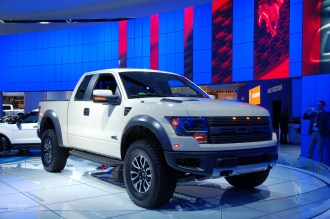 Tucked in the corner of Cobo was the Lincoln display. Ford was keeping people busy with their impressive setup, so unfortunately, Lincoln did not have anything new to announce. The MKC was revealed a few months back, and the new four-cylinder crossover took center stage. 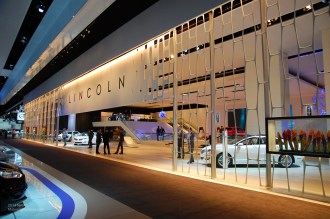 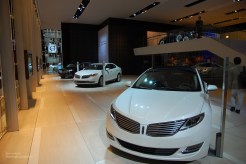 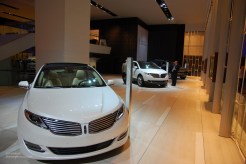