The 2015 Fit made its debut in Detroit, and Honda says it has been completely redesigned. With a longer wheelbase, but shorter overall length, the new Fit is said to be roomier than ever, and it will include some impressive tech. Leather is available for the first time, and power is increased thanks to an all-new direct-injected 1.5L four. It will be available this spring.

The redesign should attract younger buyers with its fresh Japanese-inspired styling reminiscent of a kei car. However, it was just announced that the current Fit was the worst minicar tested in the small overlap front crash test by the IIHS, receiving a “poor” overall rating. Check out the link below for all the details. While nothing has been announced for the 2015 Fit, Honda is predicting much improved safety ratings. 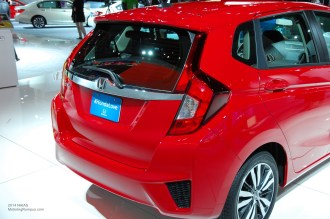 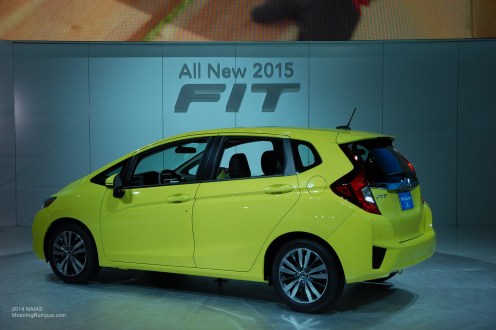 The futuristic Honda FCEV Concept also made an appearance in Detroit after its debut at the 2013 Los Angeles International Auto Show. 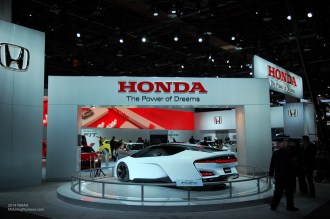 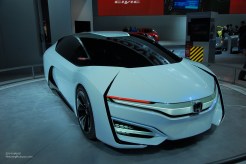 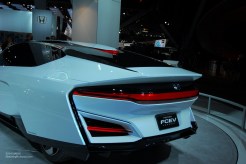 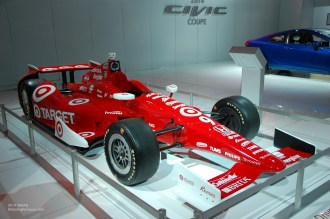 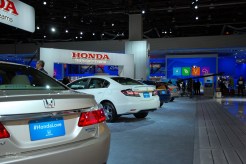 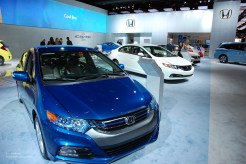