The Infiniti Q50 Eau Rouge concept was revealed in Detroit to much fanfare. Taking the standard Q50 and turning it up to eleven, Infiniti is attempting to connect the high-performance sedan to its Formula 1 branch by stating the Red Bull RB9 was part of its design inspiration. The name Eau Rouge is already well-known to F1 fans as the famous corner at Spa-Francorchamps in Belgium. No engine details were announced, but Infiniti says it should have over 500 horsepower if it does get made. While there are no plans to build it currently, this concept is a relatively complete car that would not need a lot of changes to turn it into a production model. 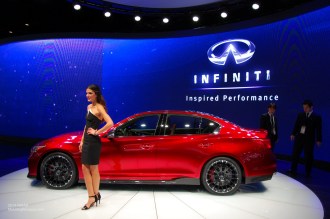 The Q30 Concept was revealed a few months back in Los Angeles. Planned as a small luxury car, the hatchback crossover mix is attempting to capture some of the market gathered by the recent Mercedes CLA and Audi A3. Also attempting to tie in with F1, Infiniti says it is the first model influenced from start to finish by Sebastian Vettel, their new Director of Performance. 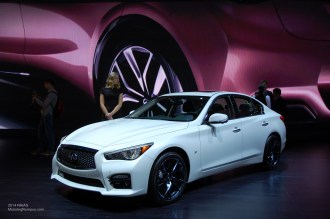