Kia revealed their GT4 Stinger Concept for the first time in Detroit. While it is only a concept with no plans of production, it does hint that a rear-drive sports car may be on the way. The Subaru BRZ and Scion FR-S are likely to be its main competitors if/when it gets made, likely still a few years away.

This 2+2 coupe is powered by a 2.0L turbo four-cylinder good for 315 horsepower, the same engine found in their Optima GTS race cars which achieve 400 hp. 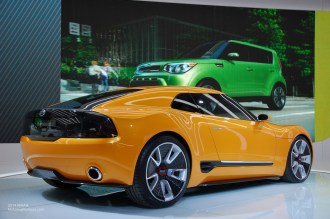 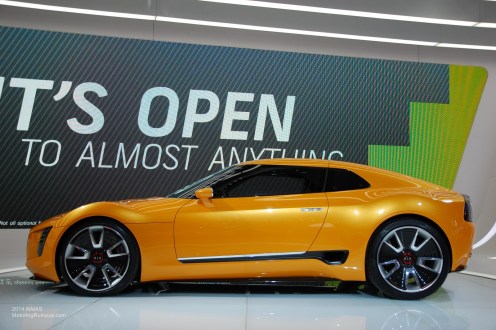 The white car below is the K900, Kia’s new flagship luxury sedan. It is called the K9 in South Korea and the Quoris in other parts of the world, and it has already been selling for over a year now. Expected to go on sale sometime this spring in the US, it packs an impressive list of features that rivals many luxury competitors. While pricing has not been announced, it is expected to be similar to the BMW 5 Series, despite being closer in size and competing with the 7 Series. It will be available with either a V6 or V8. 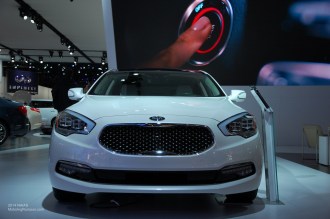 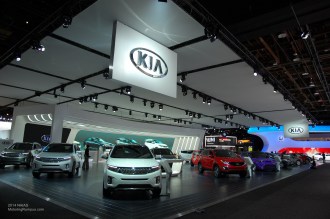