While the design is reminiscent of the original Targa, the newest 911 is very 21st century. Topping the list of features is the roof; stowing the Targa top behind the rear seats is done with the push of a button. The rear window moves out of the way to allow the center roof section to fold down, and the intricate 19-second process involves more than a few moving parts. We know the Germans always make good stuff, but we hope they have worked out all the kinks here because it looks expensive if it breaks. 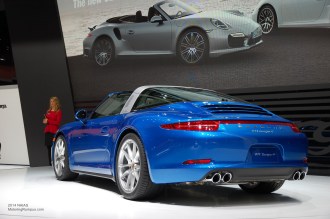 Fresh off its recent debut at the Los Angeles Auto Show, the Macan S and Macan Turbo were both in attendance. Can you tell them apart? 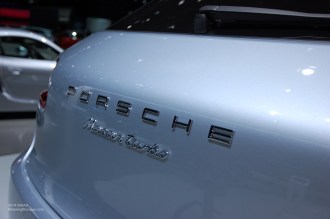 The 918 Spyder is a plug-in hybrid that was given an impressive display. It was showcased in its own room with glass walls, and only very special people were allowed in. 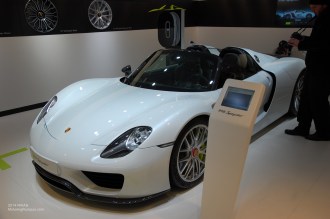 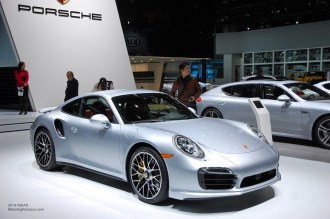