Between the red FT-1, blue FCV, and color-changing FV2, Toyota’s concept vehicles were full of color. Making the biggest waves was the FT-1, Toyota’s newest concept that is literally straight out of a video game. The FT-1 was given the green light after originally appearing in Gran Turismo 6. Although still a concept, the design of the bright red sports car is said to capture elements that may appear in future Toyota vehicles. As per usual with concepts, we expect the aggressive looks to be severely tamed by the time it hits production, if it gets made at all. It has also been said that the FT-1 represents the newest Supra, which has been absent from the lineup for over a decade; it’s about time, Toyota. 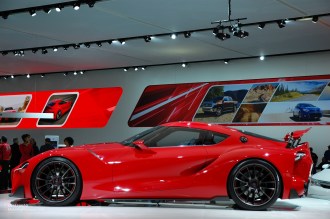 The Radiant Blue Toyota FCV Concept, short for Fuel Cell Vehicle, made an appearance after its debut a few months back in Tokyo. Water vapor is its only emission, and Toyota says to expect it sometime in 2015. 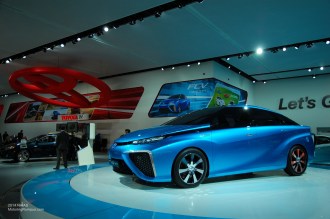 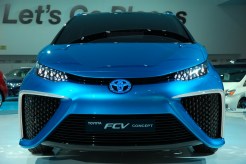 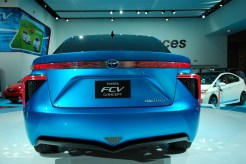 That crazy-looking thing below is the FV2, a 3-wheeled vehicle that changes color based on your emotions. Yeah, that will never get made. The FJ Cruiser, in magma orange below, will be discontinued after its 2014 run. It made its debut in Detroit back in 2003. 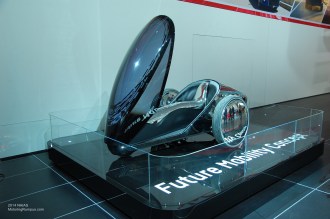