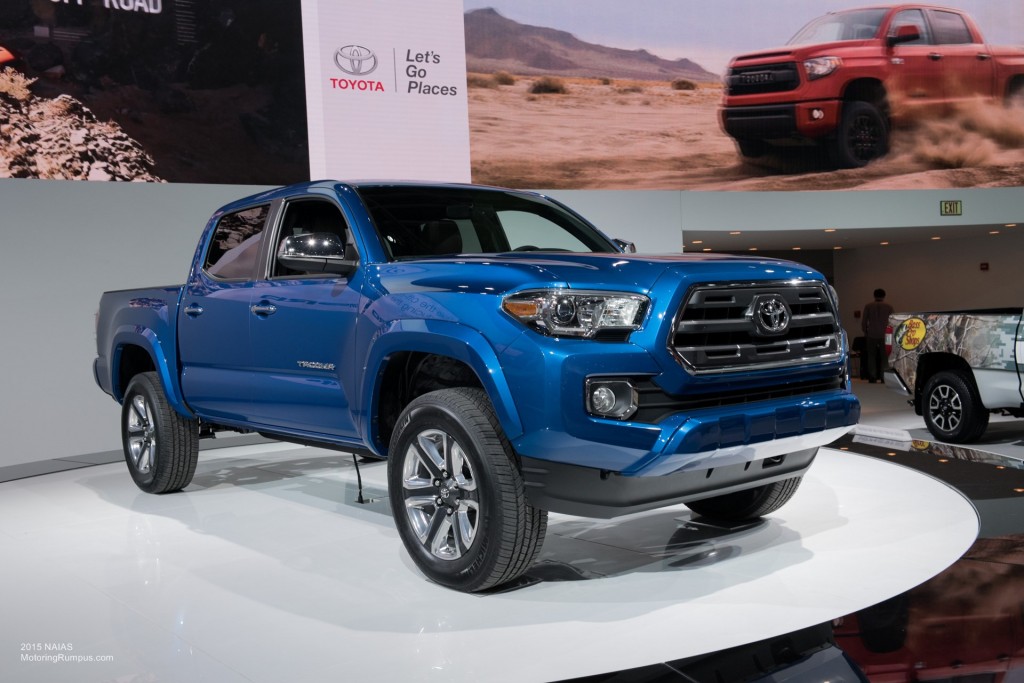 The 2016 Toyota Tacoma made its debut in Detroit. While the outgoing Tacoma has been the best-selling midsize pickup for ten years, it had no real competition. Newcomers Chevy Colorado and GMC Canyon hope to win some of the segment back. 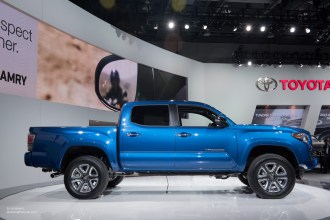 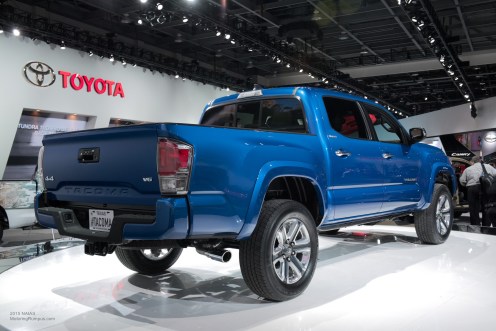 Compared to the new Colorado and Canyon, the Tacoma feels very basic. While GM has focused on interior upgrades and overall refinement, Toyota has seemingly gone in a different direction by keeping build quality high but not upgrading the cabin. Toyota has emphasized the new Tacoma’s Baja 1000 roots, but this seems like code for just keeping the truck’s finishes cheap.

That is a Limited Double Cab above in blue, while a TRD Off-Road Access Cab is pictured below. 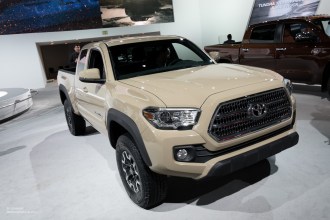 The Toyota FT-1 concept made its second appearance in Detroit after its unveiling last year, this time in silver. FT stands for “Future Toyota,” but chances are good this Toyota will never see production. 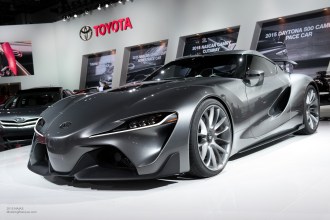 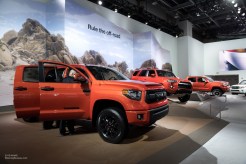 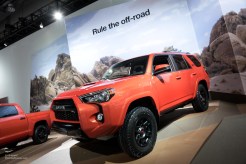 The 2015 Tundra TRD Pro Desert Race Truck showed off some of its damage. The Toyota i-ROAD, an electric three-wheeler, and some of their NASCAR vehicles are also on display, along with the rest of the Toyota lineup. 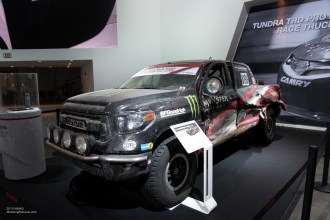 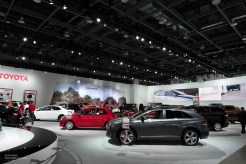 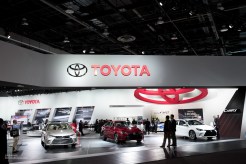