This Luxury edition tops $45k when optioned with all-wheel drive and navigation.

The Lux trim comes with 18″ tires, Michelin Latitudes in size 235/65R18, but 235/55R20 are available on higher trims. The new motor puts the power down nicely, but the angular design and big wheels lead you to believe it is faster than it is; nevertheless, 0-60 in the 7-second range is good for something with a 4,400+lb curb weight.

Trick LEDs and projectors up front would also lead you to believe this luxury brand equipped their car with a luxury option like xenon headlights. Unfortunately, Cadillac decided to use halogen bulbs in the Standard and Lux models, resulting in very disappointing and almost dangerous night driving. Output was even with a nice cutoff, but there just wasn’t enough light. The high beam wasn’t as disappointing; it actually provided a good amount of light.

Fog lights and adaptive HIDs are reserved for the Premium and Performance models only. It is easy to call the lighting the biggest letdown on this car.

The 6-speed transmission does well most of the time, and the sport and manual modes provide a little driving entertainment. There is also an Eco-mode to help increase mileage, however it severely retards shift points. (An interesting choice was to include a useless MPG gauge that offered unhelpful min and max readings. Don’t people know by now that mileage drops when you go faster?) Having a foot with any weight behind it will easily confuse the transmission. Unfortunately you sometimes need a heavy foot to bring this beast to a stop. The brake pedal has a lot of travel and requires a good amount of force before speed starts to drop.

The heated steering wheel is a nice feature, but the button had a bright orange light when in use. It was almost too bright and could be distracting at night on very dark roads (especially with the weak headlights). The white gauges are bright too, but they can be dimmed. Also, the top section between 10 and 2 is not heated, and the wood can be cold on those chilly mornings.

Cadillac’s pop-up touchscreen navigation system was good overall. The only quibble is that turning off the radio also shuts off the map display. To cut the tunes and keep the map displayed, the only option is to use the mute button on the steering wheel, or turn the volume down to zero, but that still leaves the song info taking up room in the display.

The information center has only one trip meter instead of the usual two. The same area has a neat feature that tells you the current speed limit, however it requires the $2,395 navigation option. It worked well on the highway, but it was not available about half the time on city roads. When it was working, it was always accurate.

That same audio/nav package gets you the 8″ screen and a 10gb hard drive. The backup camera is displayed on this screen instead of a smallish display on the rearview mirror on models without. In addition to the camera, front and rear parking sensors provided audible beeps and a visual warning in the speedometer info center.

Rear seats folded mostly, but not completely flat for decent space for something this size. Cadillac dubbed that fence system as U-Rail, but to be honest, it just seemed like it was in the way more than anything. Fortunately, it was removable, as was the retractable cover.

The UltraView sunroof let an impressive amount of light inside, but equally impressive was that it also blocked all light when the shade was closed. The section over the front seats opens, but rear passengers never get to experience open air above them.

Power rear lift gates always come in handy, except when you’re in a hurry, then they always seem to move too slowly. The A-pillar was a little chunky, creating a small forward blind spot. Power-adjustable pedals were a nice touch, but the steering wheel was still a manual adjustment. The driver seat even gets adjustable thigh support.

The Radiant Silver Metallic on Titanium color combo is a fancy way of saying there is a lot of gray on this one. Otherwise the SRX is a luxurious tourer that would eat miles in a hurry. 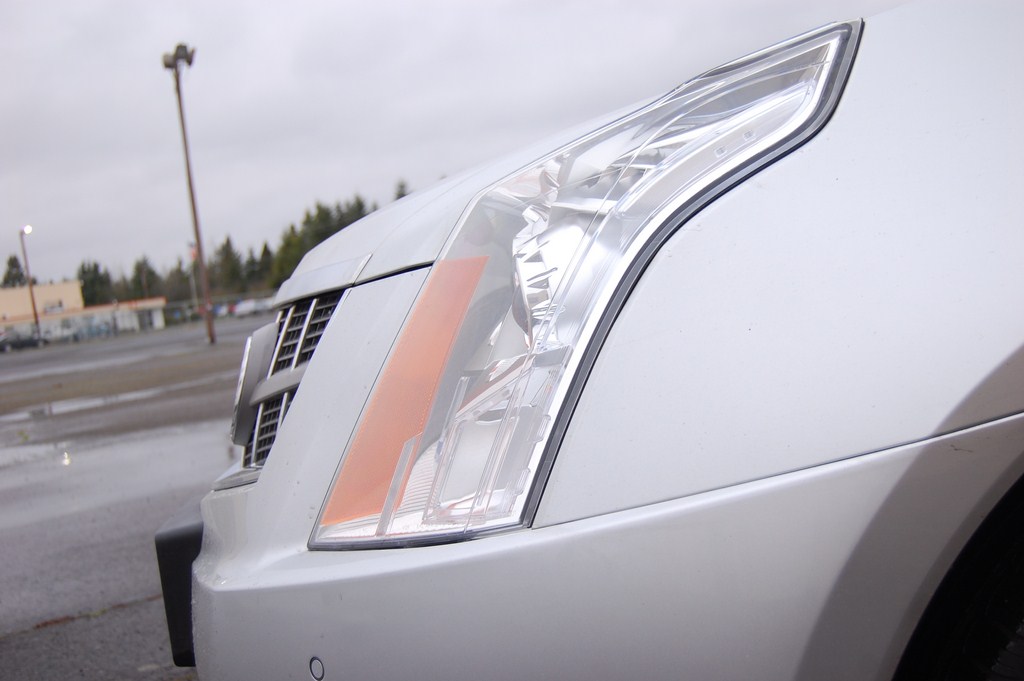 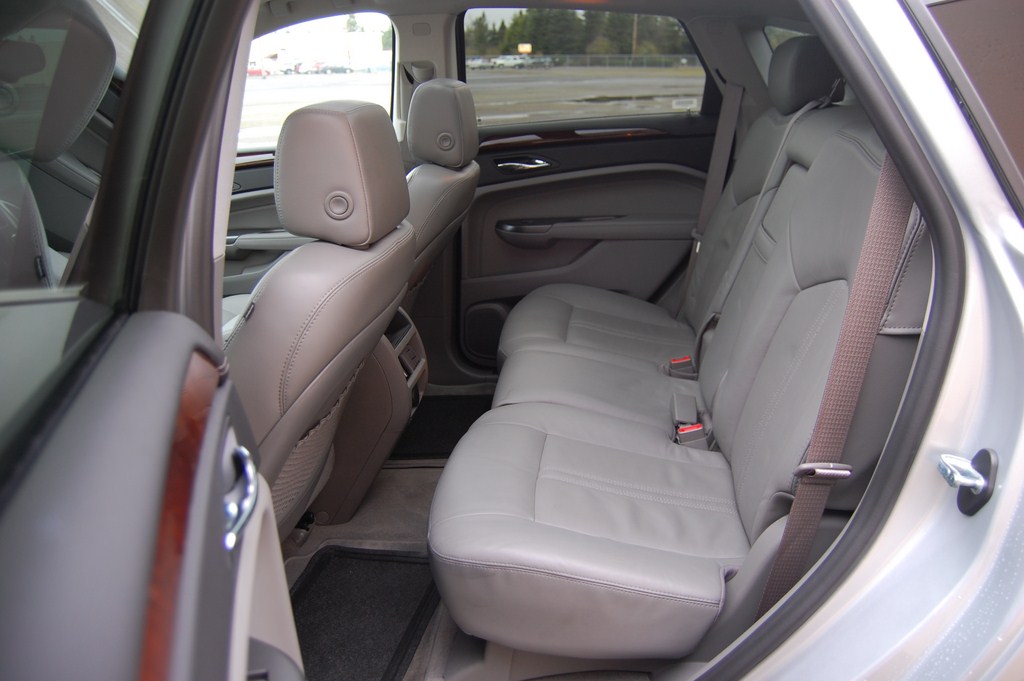 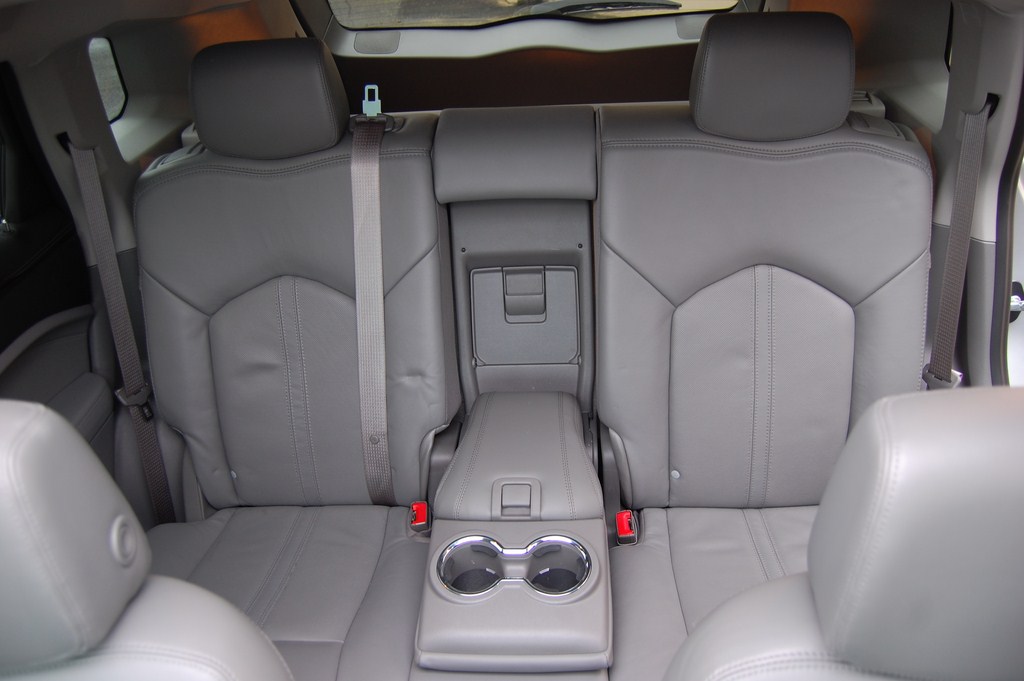 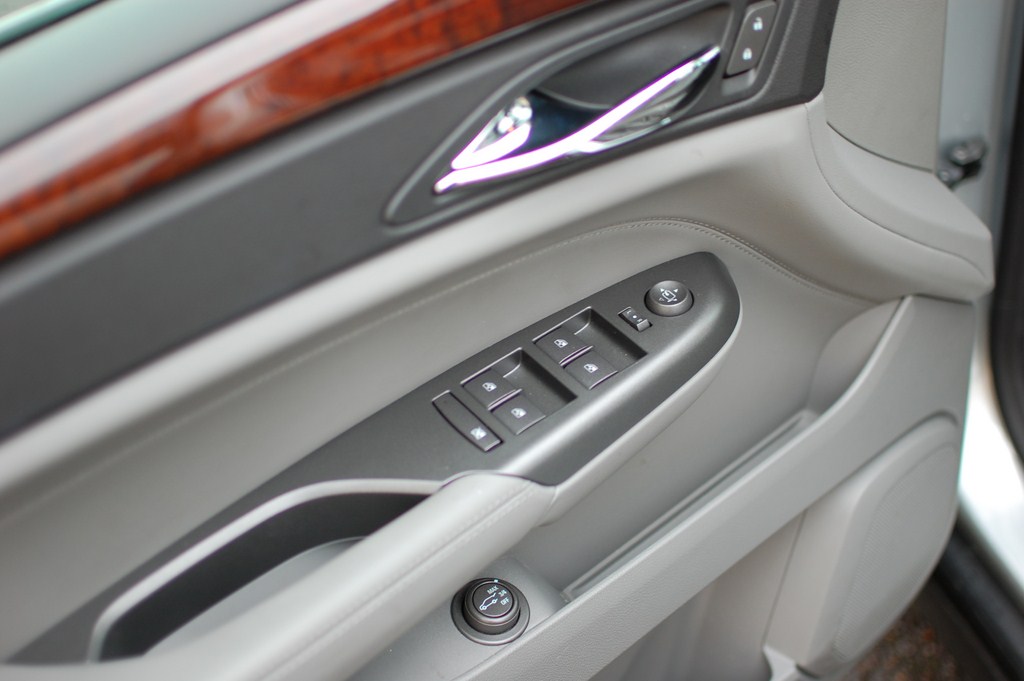 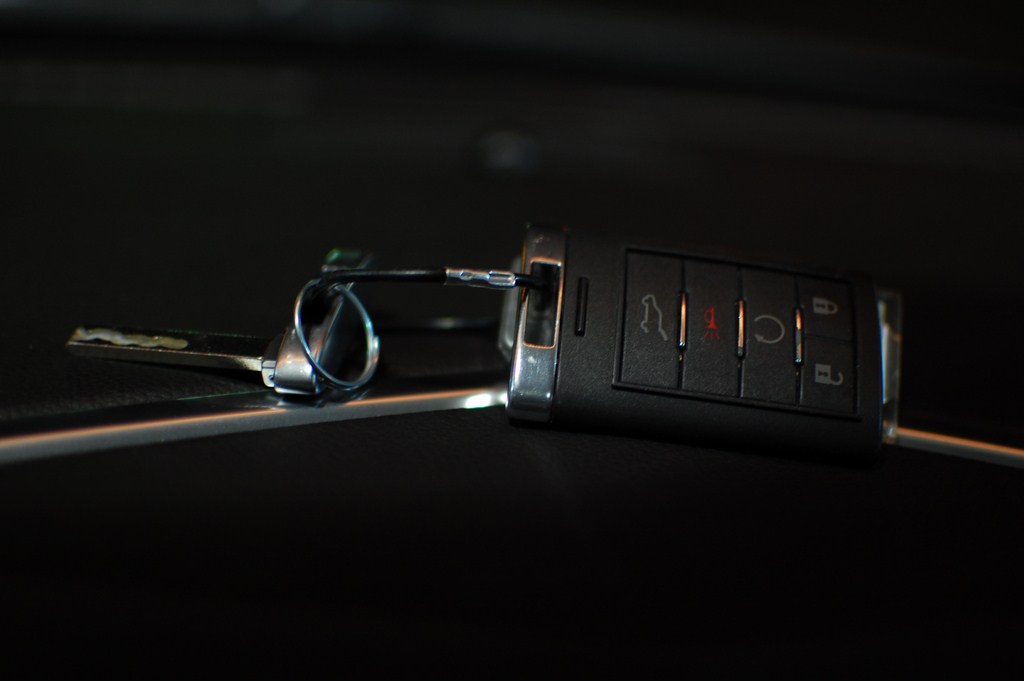 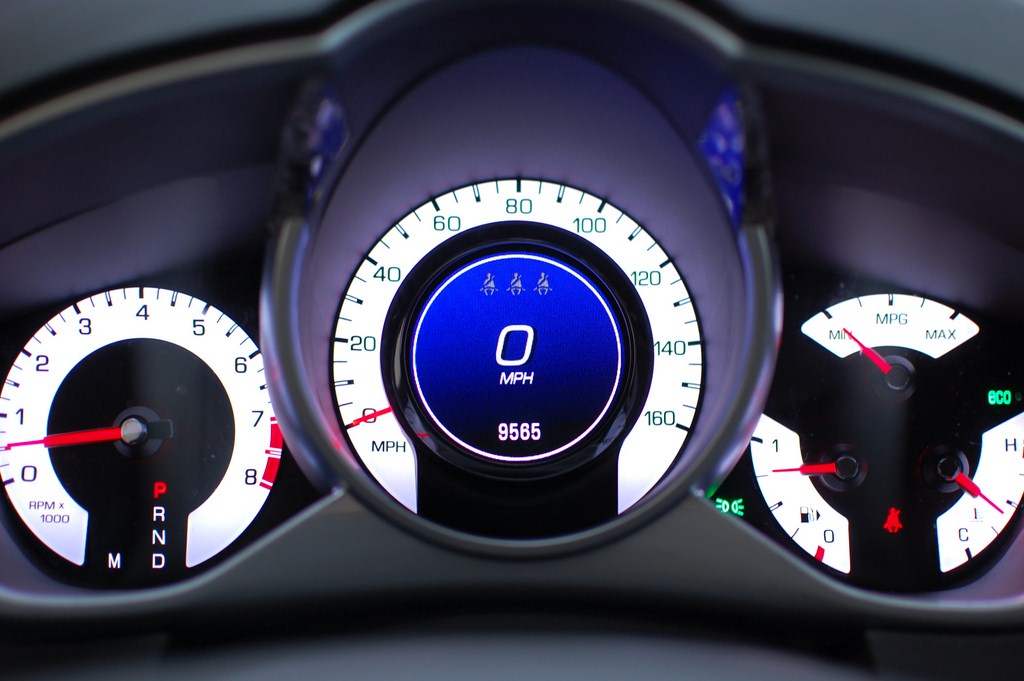 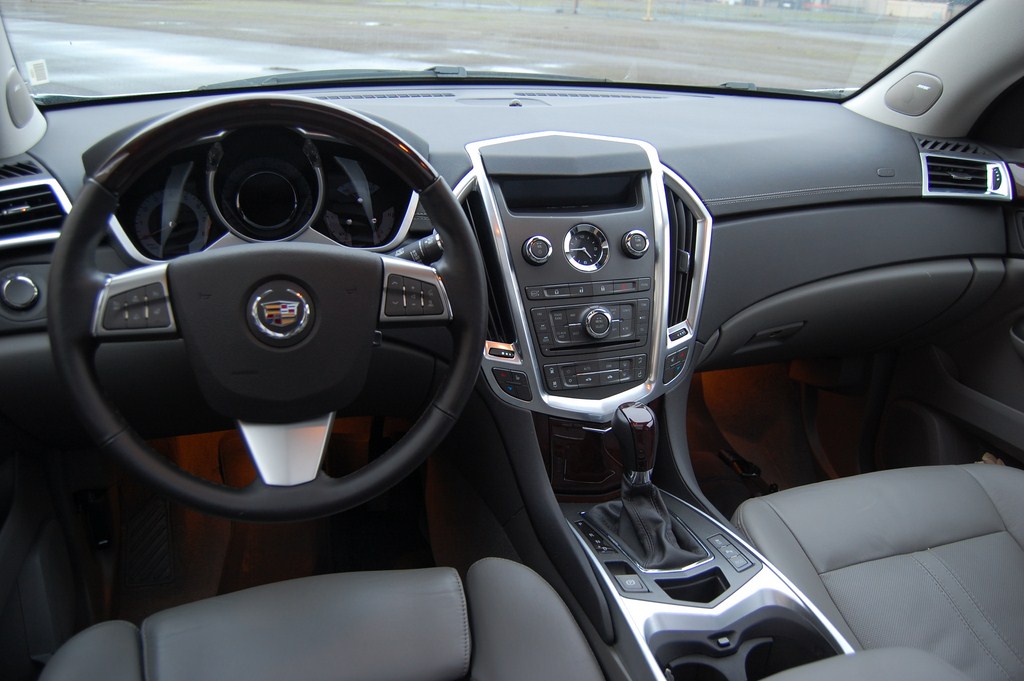