The 5-door SE comes standard with a 5-speed manual, so the automatic transmission is an upgrade, in fact the only upgrade on our Ingot Silver car. It is interesting to discover what Ford considers an upgrade worth charging for. There was no cruise control, however it did come equipped with automatic headlights and fog lights, things that are sometimes missing on cars above this. It was also equipped with a hill-start assist, not usually seen in this class, much less on automatics.

The gauges were easy enough to read, but the dimmer switch was cause for some confusion initially as it was mistaken for the non-existent cruise control; the two buttons to the right of the headlight knob actually adjust backlight brightness. It took a few presses of each to realize the lighting was changing since it moved in such small increments, plus the entire brightness range is very narrow, from medium to a medium-high setting.

The  rear seats fold down with a 60/40 split, but even with all three headrests removed, they will not go completely flat. Opening the rear gate is supposed to also lift the parcel shelf to provide better access, but the tiny strings attaching it had broken sometime during this car’s 20k miles. Power was adequate for its class, however there was a noticeable stumble at lower RPMs. It turns out there is a recurring issue with Ford’s PowerShift transmission in 2011 Fiestas and 2012 Focuses (Foci?), and a TSB was issued to correct the problem. Whatever the cure was, it clearly had not yet found its way into this one. This car made it from Massachusetts to the west coast (without cruise control?!), so perhaps others did not find it too bothersome.

Interior controls were straightforward and easy to use, only because there were not a lot of things to control. It had a basic climate control system and typical no-frills radio, which should be easy to use. There was only one power lock button in the car, located just below the radio, and no door lock pins on any of the doors. The only visual way to tell if the doors were locked was a light on the lock button. Dome lighting was courtesy of white LEDs. 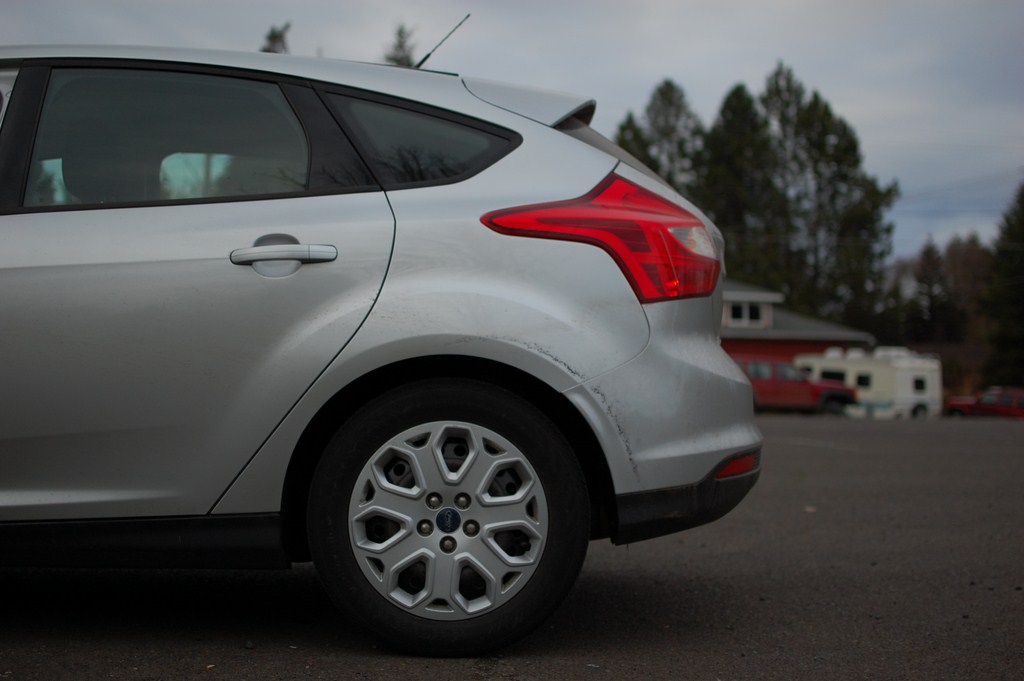