The base X5 has a starting price just under $50k, but at that price, it does not come with a lot of features you may expect from a luxury brand. This car came equipped with navigation ($1,900) and heated seats ($500). An optional third row is available for $1,700, but they are very cramped.

The E70 X5 has been around a few years now, and the design is getting stale. There are no major changes for 2013, and it will be updated in the near future to freshen it up and attract more buyers. Production of the new F15 X5 begins in August and should go on sale as a 2014 model. While nothing has been officially announced, there are plenty of pics floating around the web.

Overall impressions of this X5 were a little blah. The interior of this base xDrive35i seemed a little spartan, in typical BMW style, and felt very German. While it did not feel overly cheap, it did not quite live up to our luxury expectations.

Comfort Access allows you to keep the key fob in a pocket or purse and unlock the door simply by touching the handle, as well as start the engine without first inserting it into the dash. Without it, you still have to use the key to unlock the doors and put it in the dash to start the car.

iDrive always gets a bad rap, and the fact that BMW seems to be constantly updating it does not help things. It seems like people never have enough time with it before it changes again. Like with most cars, however, there is a bit of a learning curve, and once you figure it out, it is not that bad. There is a lot of functionality, so sometimes it takes a bit of time to drill down through the menus. Using it on a regular basis should be enough to learn some routine operations, but it still seems like there is room for improvement.

BMW has been using this funky automatic shifter for a few years now, but it still causes confusion and remains the biggest disappointment in many of their recent models. While the learning curve for technology is understandable, there should be no confusion in basic operation of the car. Those unfamiliar with how it operates can mistakenly shift into drive or reverse very easily, a dangerous situation. It seems like BMW just designed this purely for the sake of being different, a completely unnecessary task.

The Auto H button was a nice feature to have, once you figured out what it did, but it takes some time to adjust to it. After coming to a stop, Auto-Hold keeps the car from moving even after taking your foot off the brake pedal. You only start moving once you step on the accelerator.

Many BMWs we have driven recently seem to suffer from tramlining, where the car wants to follow the ruts in the road instead of where you are steering. It can be unnerving, especially if the steering wheel gets yanked in a direction you are not expecting. The steering is already very heavy, so requires a little more attention than usual. It is usually blamed on low-profile or oversize tires, but we definitely felt it on this car, despite being the base X5 with only 18-inch wheels.

But overall it was a very smooth operator. Sometimes you could not tell if the engine started after pressing the start button. Bumps were soaked up nicely, and aside from the tramlining, the drive was firm but comfortable. The suspension had a hint of sportiness, but not the rock hard setup of the more expensive M models. The N55 engine features direct-injection and a twin-scroll turbo that reaches 60 in 6.4 seconds, not bad for something tipping the scales at nearly 5,000 pounds, but still room for improvement.

Ultimately the X5 xDrive35i is let down by the lack of luxury that should be expected at this price. BMW knows people want that German badge, but they seem to be taking all the luxury out of their base models. Hopefully the upcoming redesign will give some fresh life to this aging model. They should also do something about the confusing naming convention. 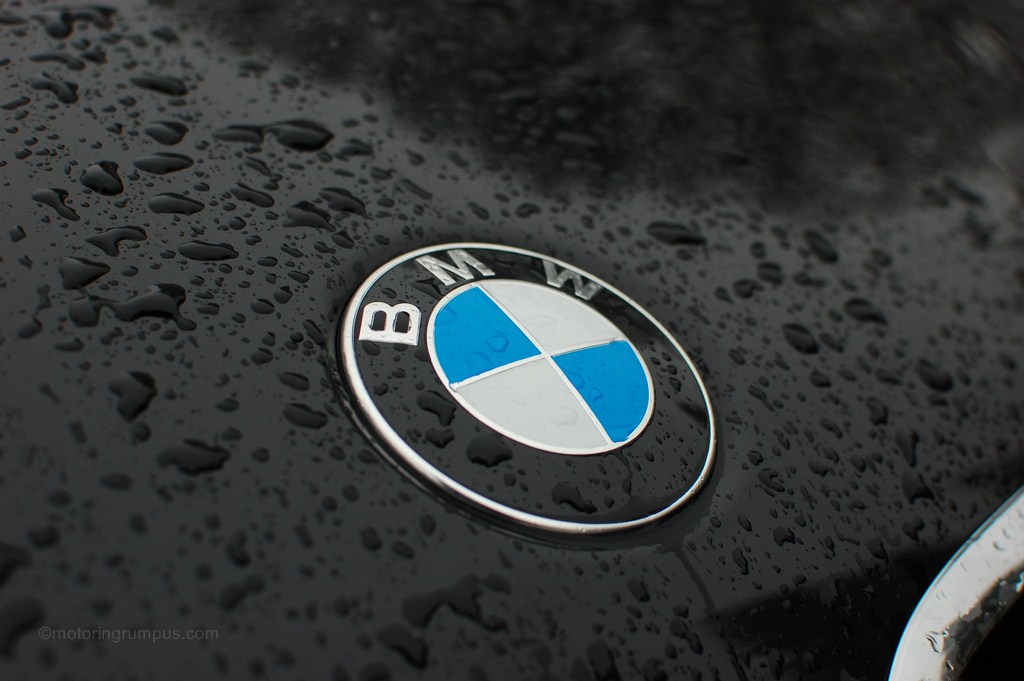 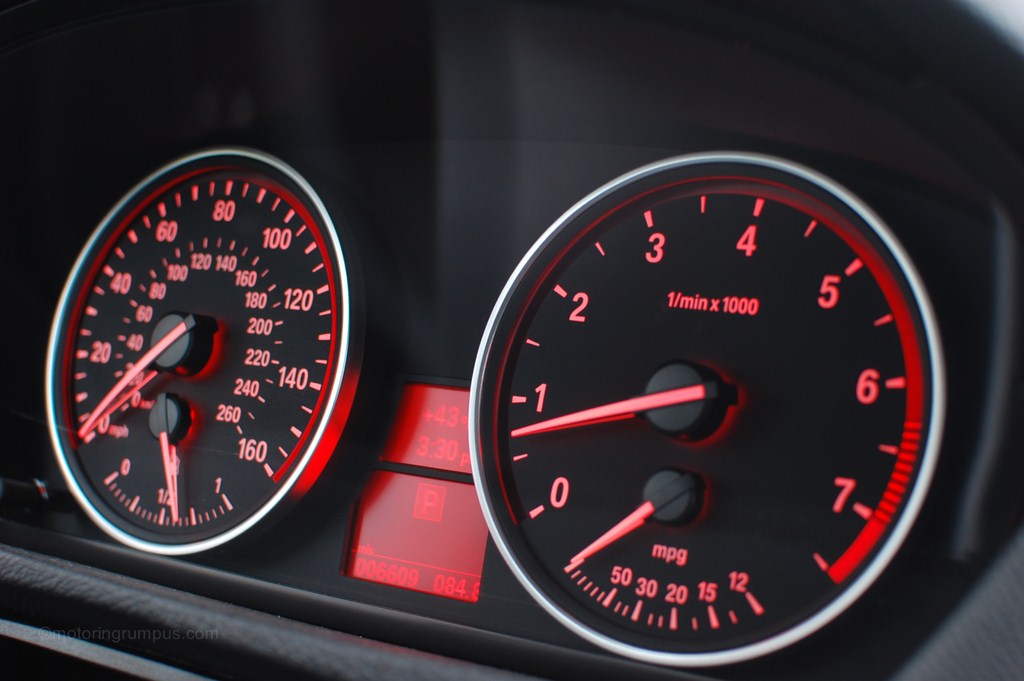 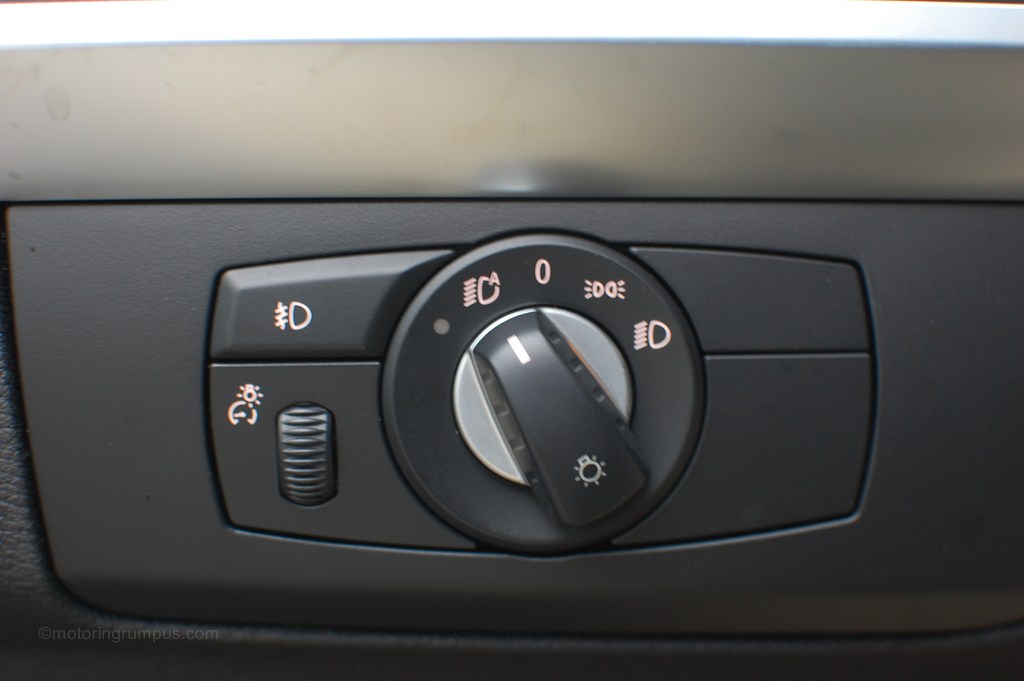 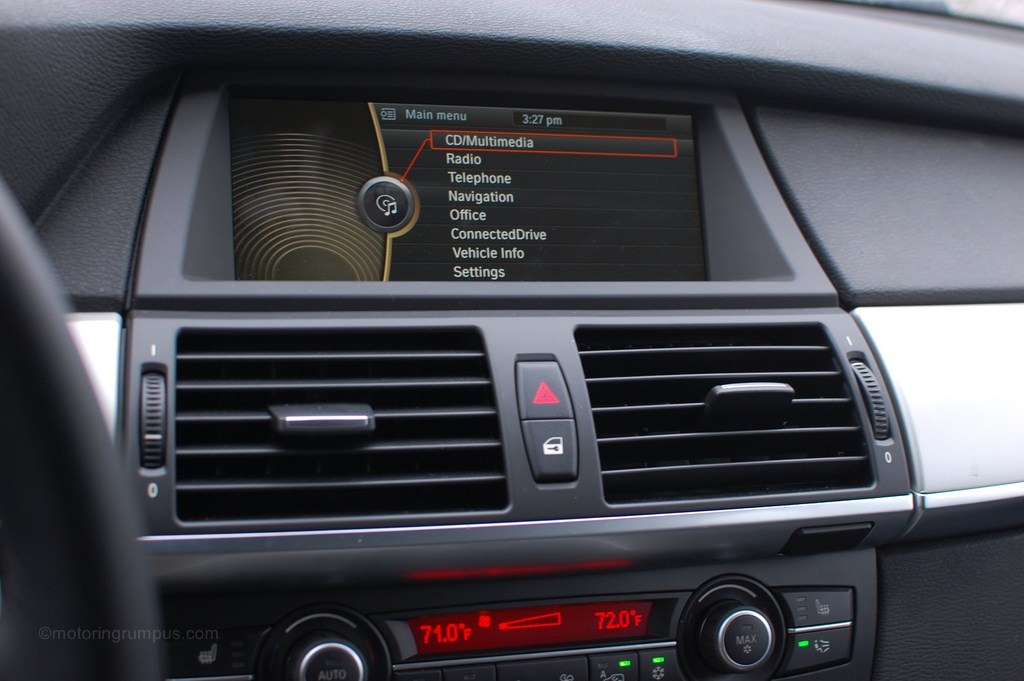 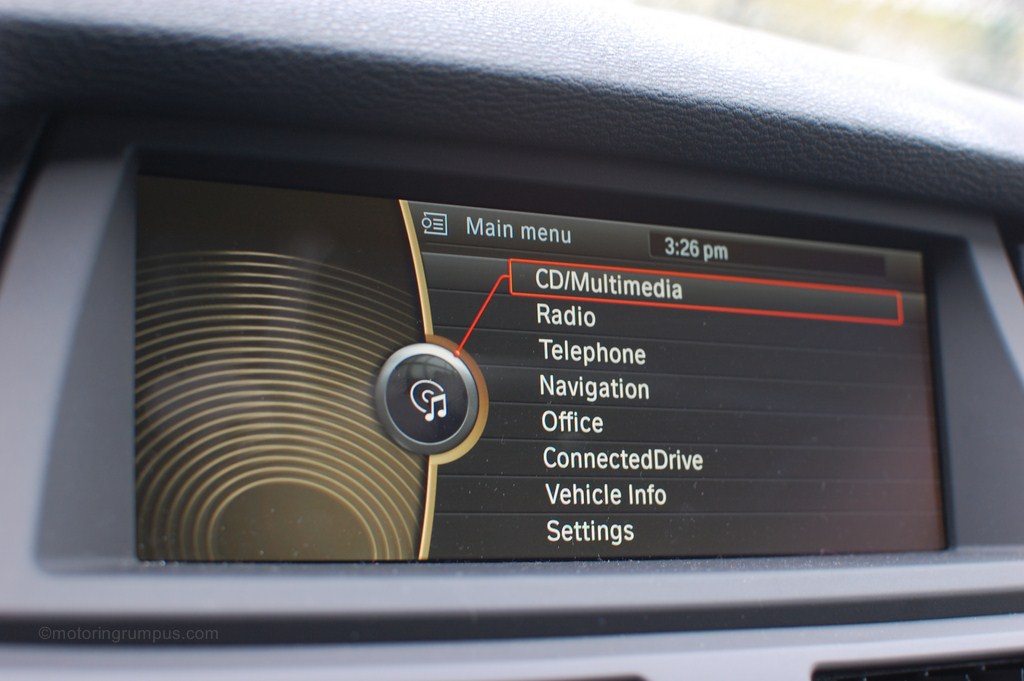