The 2013 Escape comes in four trim levels: S, SE, SEL, and Titanium. The base S is $22,470 and offered with front-wheel drive only. The others can be had with either FWD or Ford’s Intelligent 4WD system, with the top Titanium starting just over $32k. This is the SEL 4WD model with the 2.0L EcoBoost motor.

This thing has been completely redesigned for this model year, and it bears no resemblance at all to the outgoing box-on-wheels that was the 2012 Escape.

Ford’s Kinetic Design is the fancy term they use to describe their new styling language, and most of their vehicles now share the same overall look. The Escape shares its platform with the Focus and C-Max, so it has more in common with those smaller cars than its bigger Flex or Explorer siblings. Compared to the old model, this one appears much faster and slimmer, but dimensions do not change more than an inch in any direction. Still, while the reaction is mostly favorable to the new look, not everybody loved it.

There are some nice options that can be added, including BLIS blind spot warning, Active Park Assist, rear view camera, panoramic roof, remote start, push-button start, and the feature that Ford seems most proud of, the power liftgate that can be opened by waving a foot under the rear bumper.

The remote and push-button starting was missed the most here as this one still required a traditional key. The problem was that the ignition seemed to be buried pretty deep behind the wheel, and it was difficult to start the car without leaning over to look where to insert the key.

The rest of the interior was nice and more reminiscent of the new Focus. The seats were comfortable, and the heated seats get nice and hot with five heat levels and they were operated with real buttons instead of touchscreen only. Global one-touch up/down windows is always a nice touch. Ice blue instruments are complemented by the same color ambient lighting. Space in the center console was tough to utilize due to its odd shape; it was elbow-deep but very narrow, and a tall water bottle would almost fill it up.

Instead of using the flat touch panels that Ford loves, audio and climate controls had physical buttons that were much easier to operate. That glossy black panel on many other Fords (see Ford Flex review) is a huge pain to use but they seem determined on keeping it around. They should scrap it for a user-friendly design that uses real buttons, maybe something like this one.

The shifter also has a thumb toggle to shift gears if you decide to get a little sporty.

The thin rear seats looked hard and uncomfortable, but they were not that bad. Folding them down required only one lever and resulted in a completely flat cargo area. Ford is also honoring their “reduce, reuse and recycle” commitment by utilizing a lot of recycled materials inside. Soy-based foam, coconut-based plastics, recycled water bottles and denim all get a second chance in the new Escape. 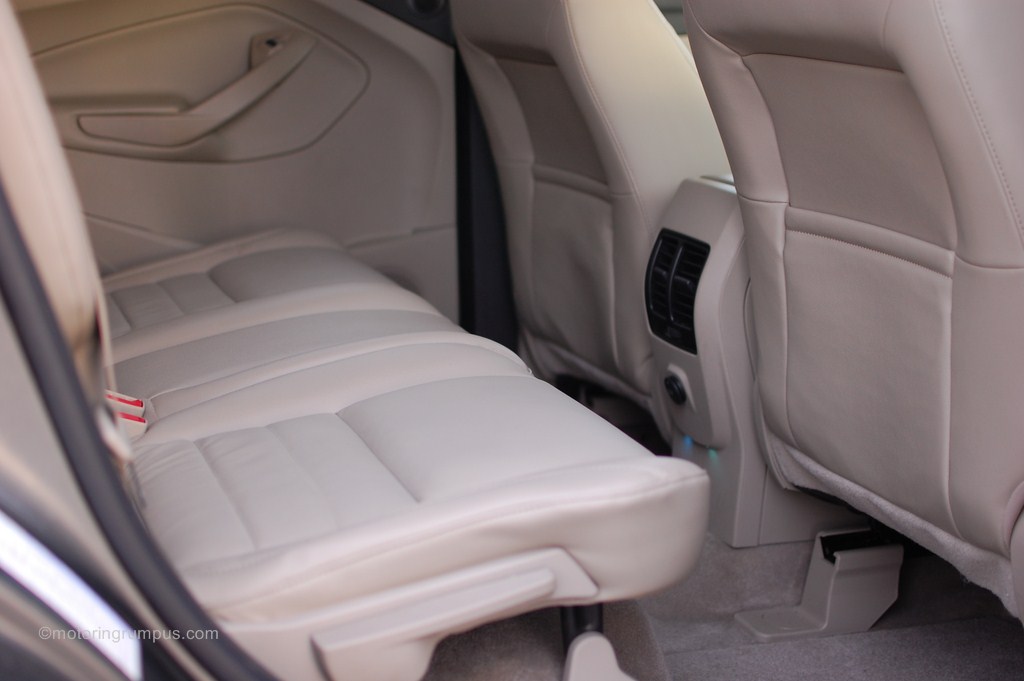 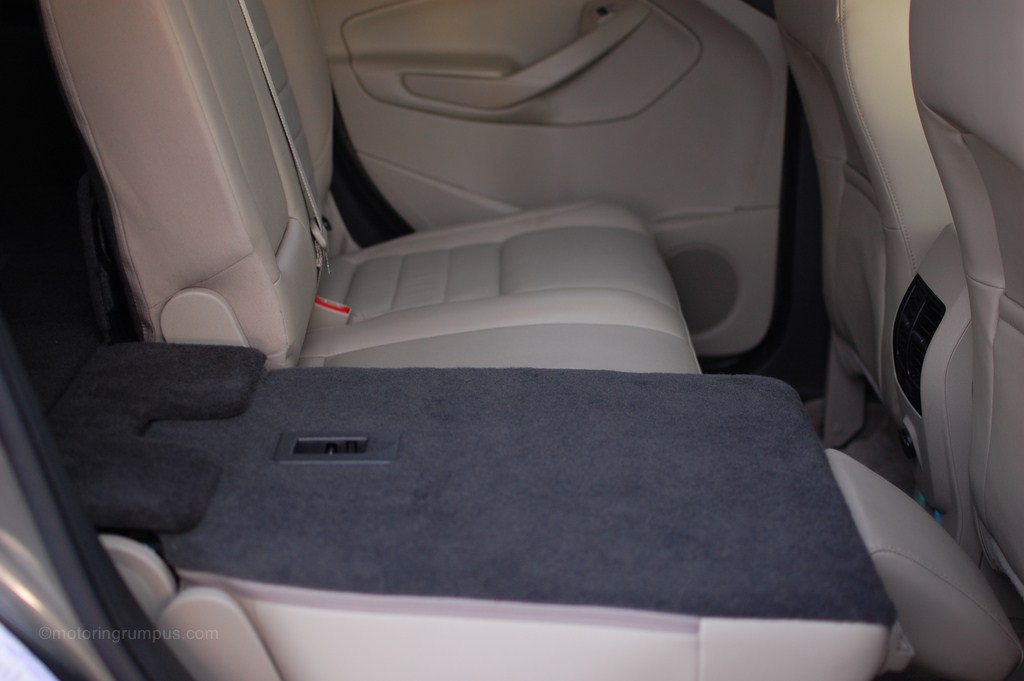 The highlight of the car was easily the EcoBoost engine. The small 2.0L 4-cylinder put out an impressive 240 hp thanks to the turbo and direct injection. The result was a peppy motor that was quick to rev, and power was always readily available.

Unfortunately the new design has some teething problems as there have been a few recalls involving some 2013 Escapes, the latest one involving the smaller 1.6L EcoBoost engine overheating and catching fire. Hopefully Ford can resolve these issues as it really was a nice package overall that was fun to drive. 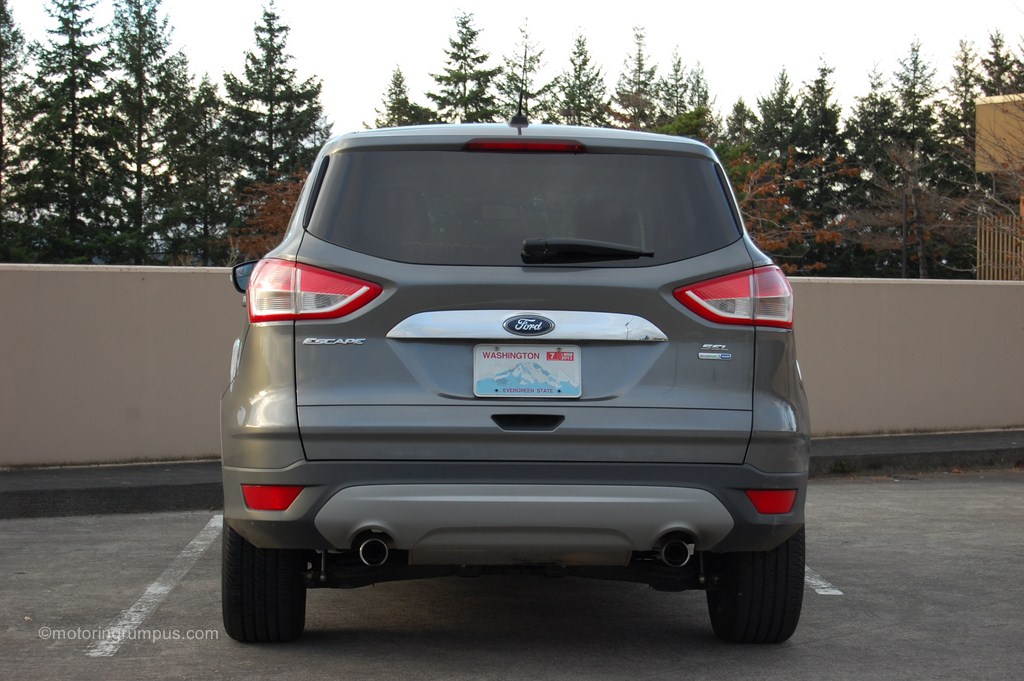 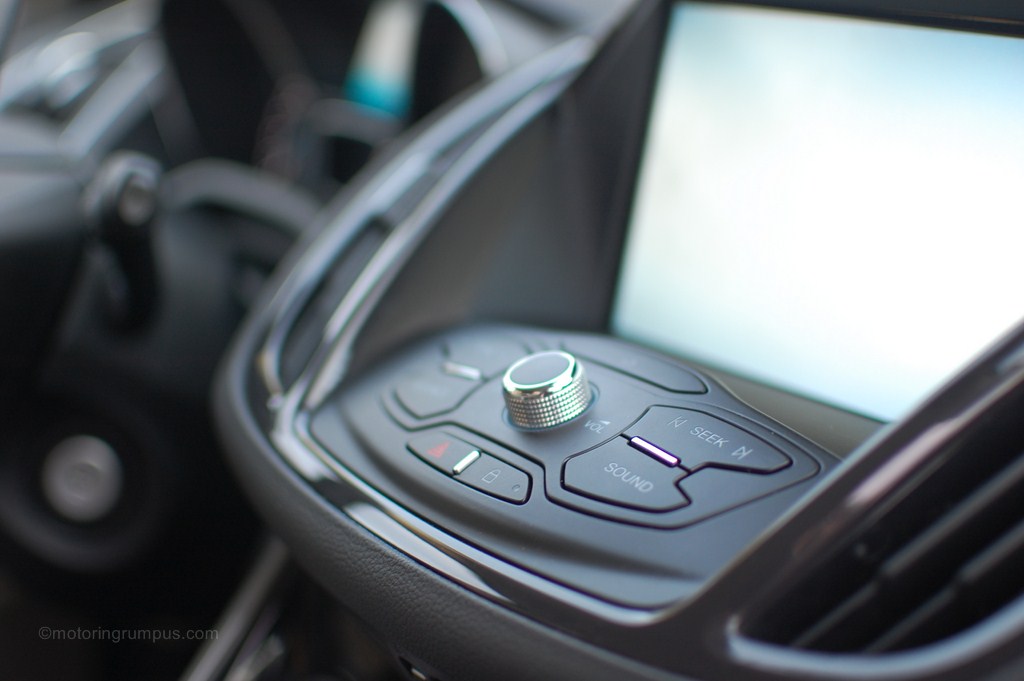 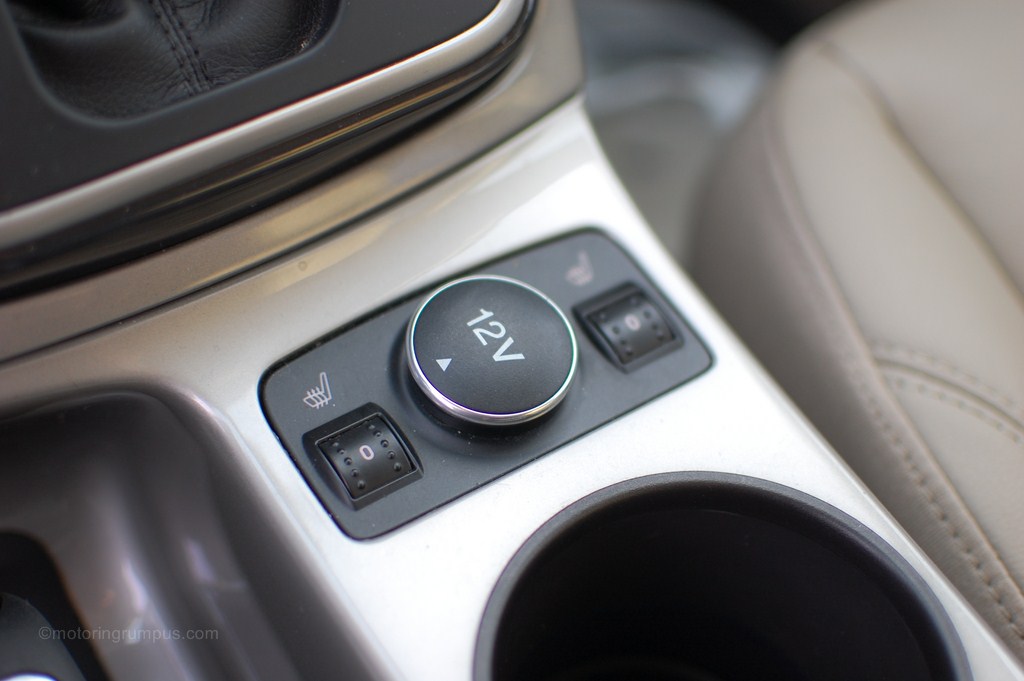 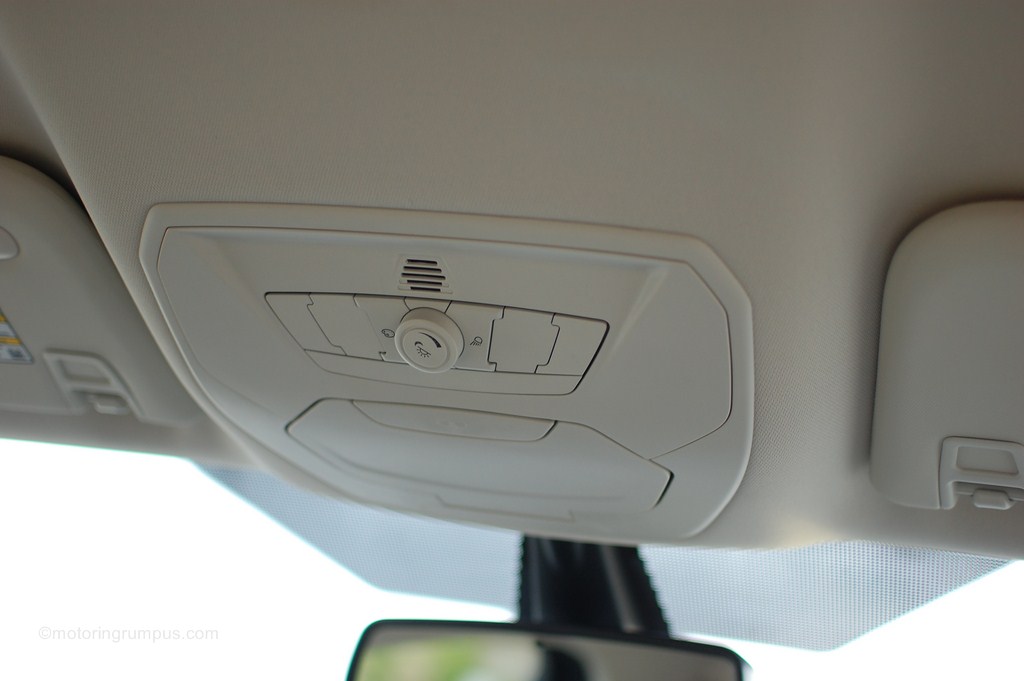 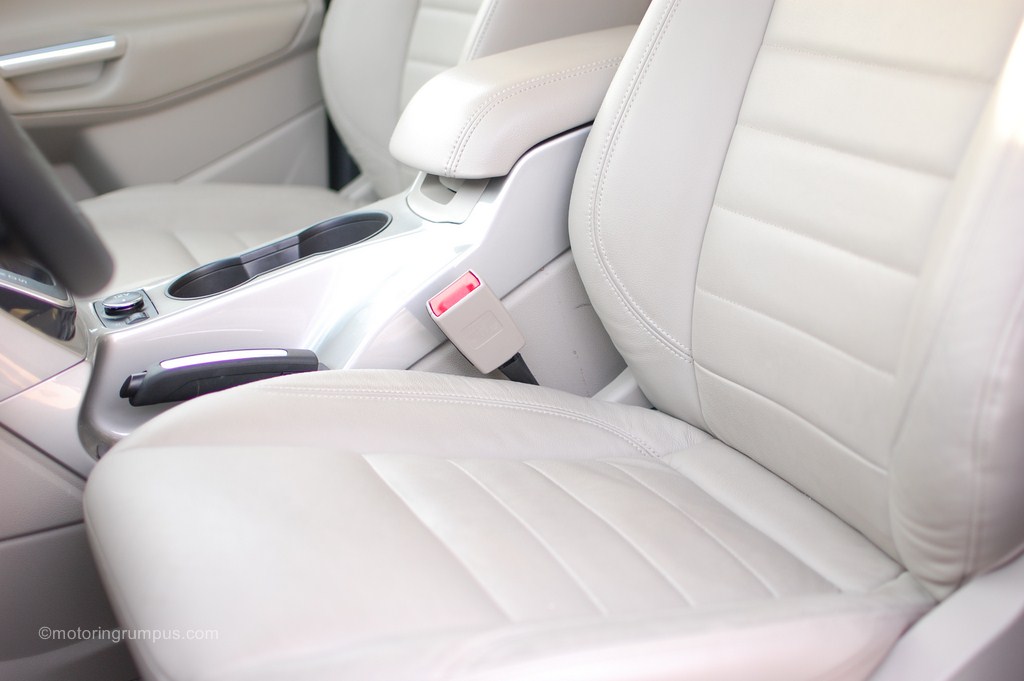