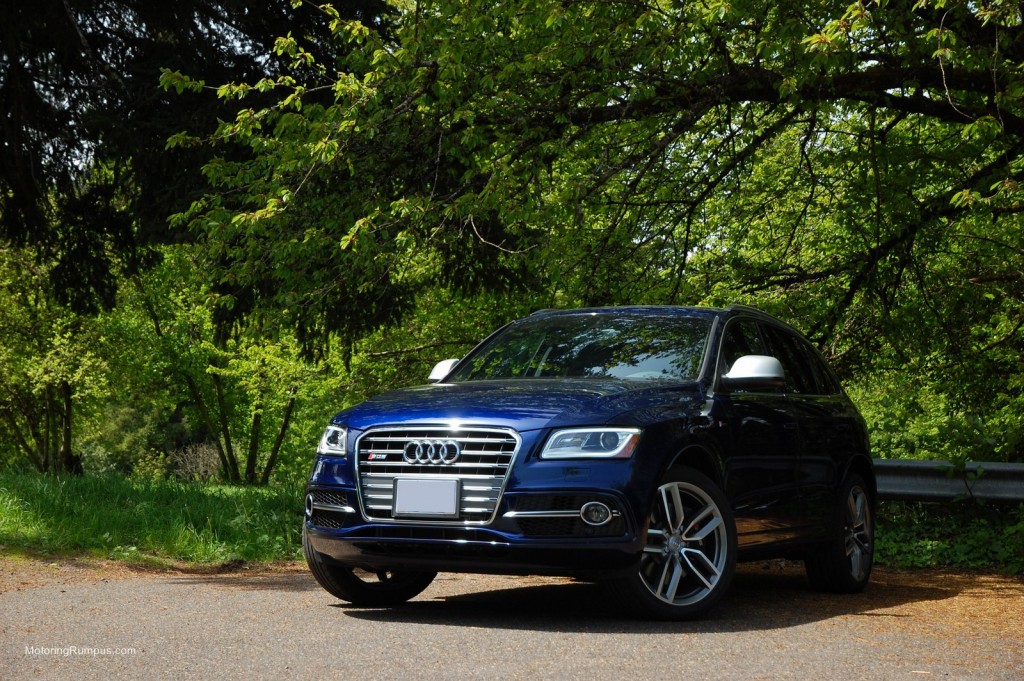 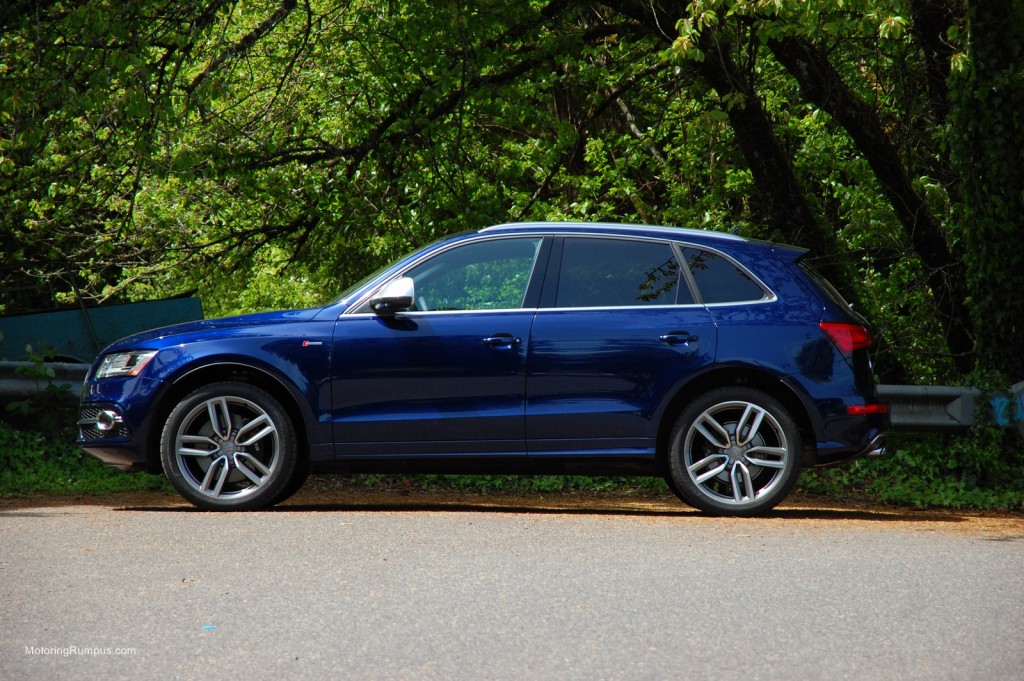 This seems to be Audi’s attempt to appease those enthusiast buyers looking for something a little different, a little bigger, a little better, from the usual S-models, but it falls short. More than five years into its life cycle, the Q5 is beginning to show its age, and the SQ5 cannot help but do the same. While the rest of the world is enjoying their S and RS avants, this is the closest we get to a performance wagon. 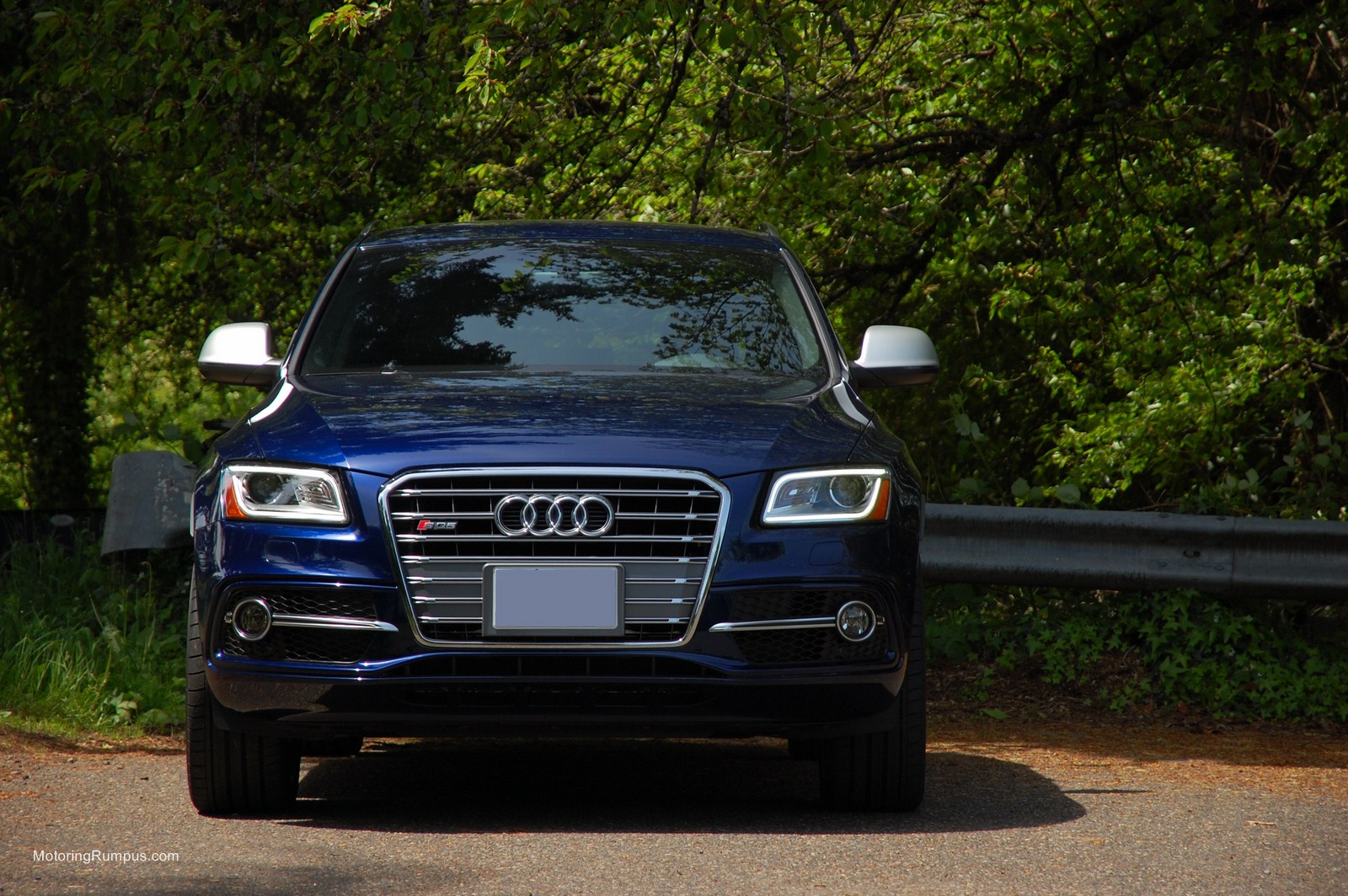 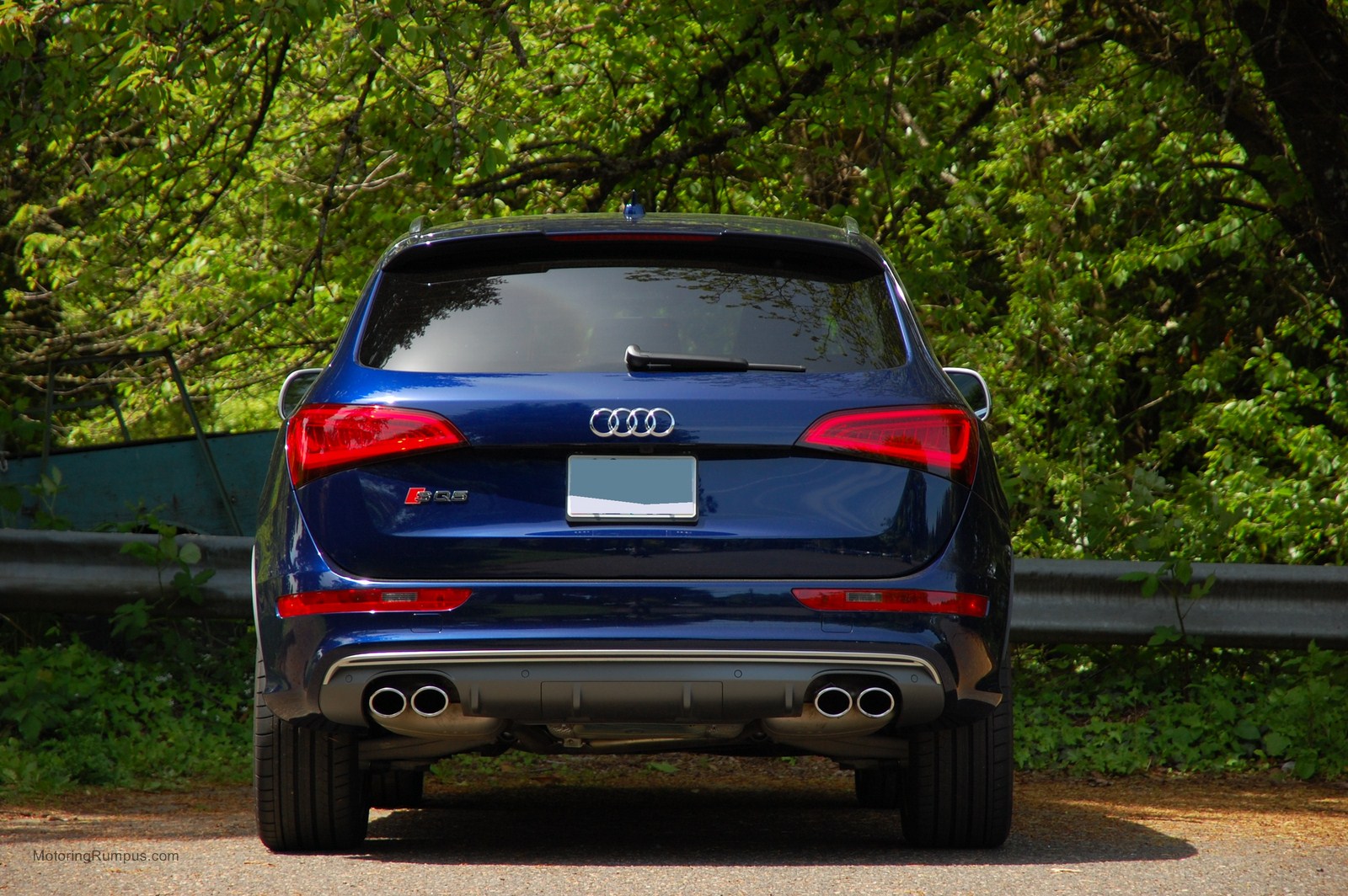 The SQ5 offers only subtle exterior cues that it is anything different than a typical Q5 family crossover, perhaps too subtle. Those familiar will see the horizontal grille slats, aluminum optic mirrors, and quad exhaust outlets and recognize what it is, but many people will not even take a second glance. Even the standard 20-inch wheels are tame, but the $800 upgrade to 21-inchers help give it an edge.

The side mirrors feel almost too large for the car, and the blind spot warning lights are brighter than other recent Audis we have driven. 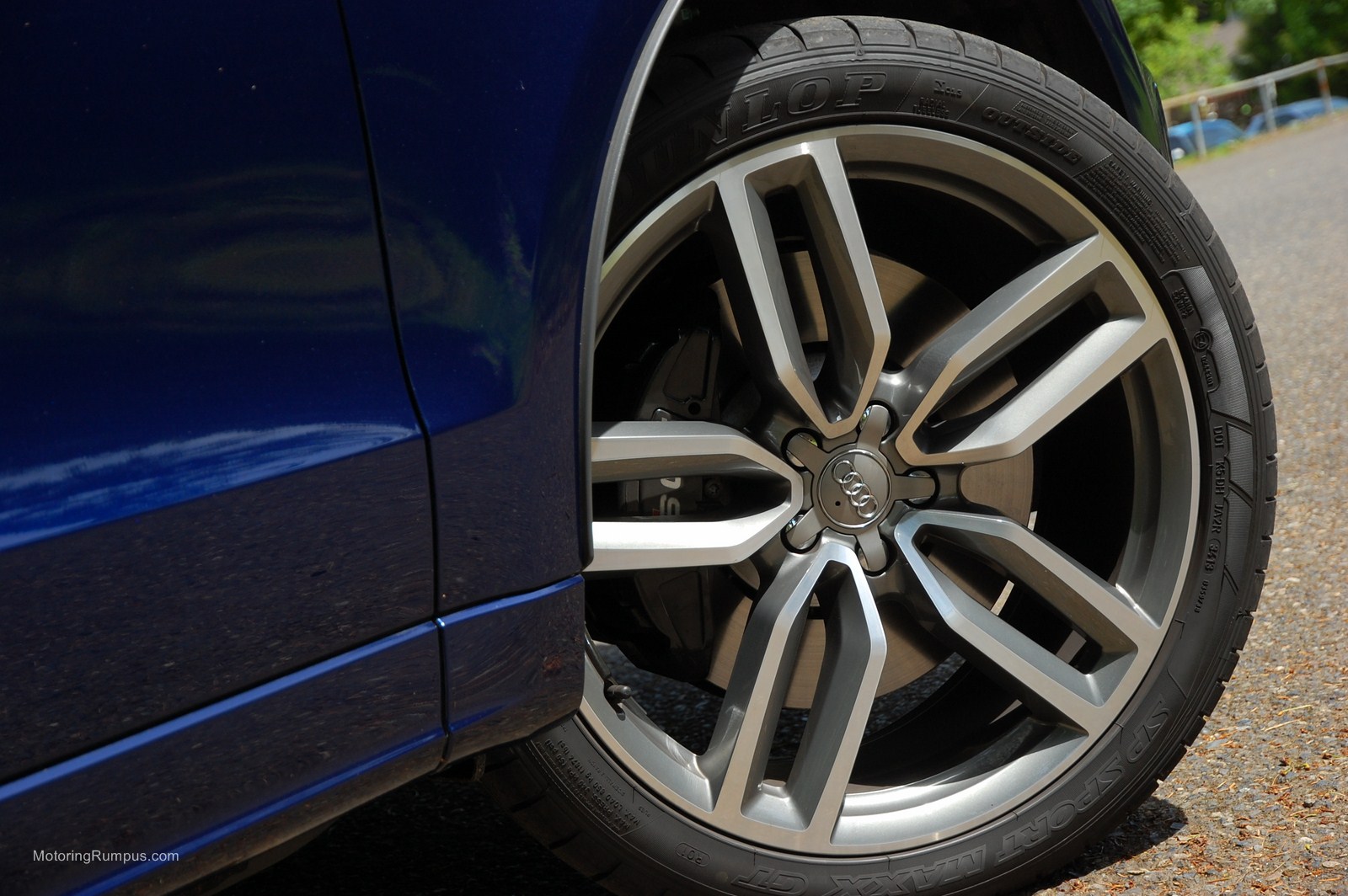 Audi offers a diesel SQ5 TDI outside of the US, and it packs a staggering 479 lb-ft of torque. The 3.0L TFSI supercharged V6 offered in the US feels like another compromise. Power delivery is train-like, but the package as a whole is lacking the presence of something like the Porsche Macan. The 8-speed auto desperately hunts higher gears in attempts to conserve fuel, while sport mode actually holds gears a bit too long. The exhaust note is excellent, and it spits out a nice little shift brap when pushed. 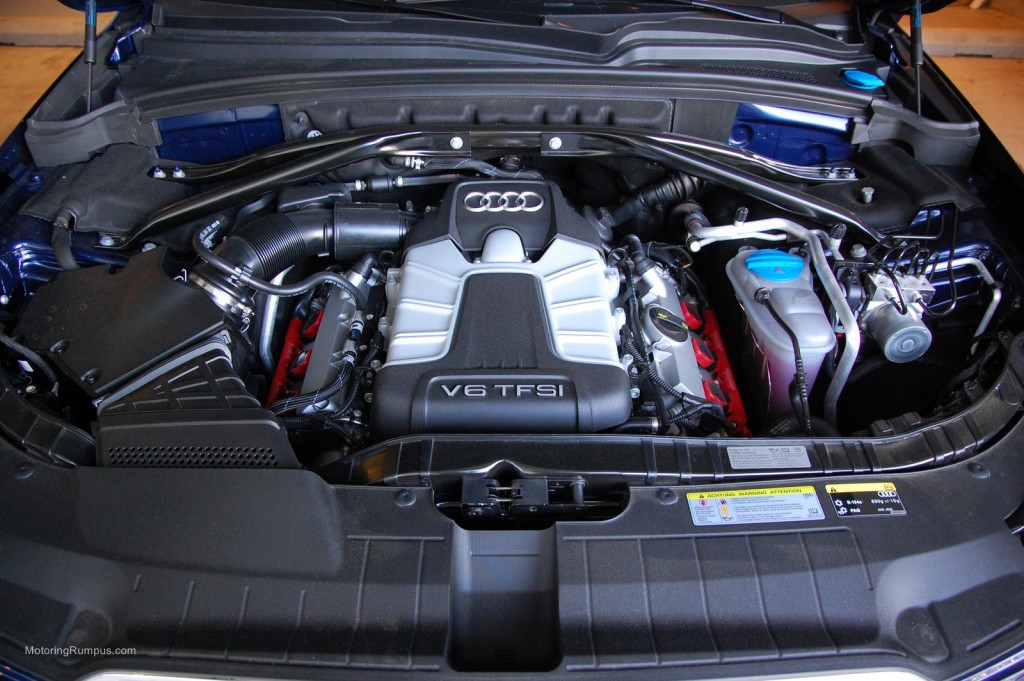 The interior is easily mistaken for its lesser Q5 siblings. Audi’s MMI is still a struggle and looks like something you would find in lesser cars five years ago. The interface is the same as most other Audis, and they all need an upgrade. The seats are unbelievably uncomfortable, offering nearly no support or cushion. 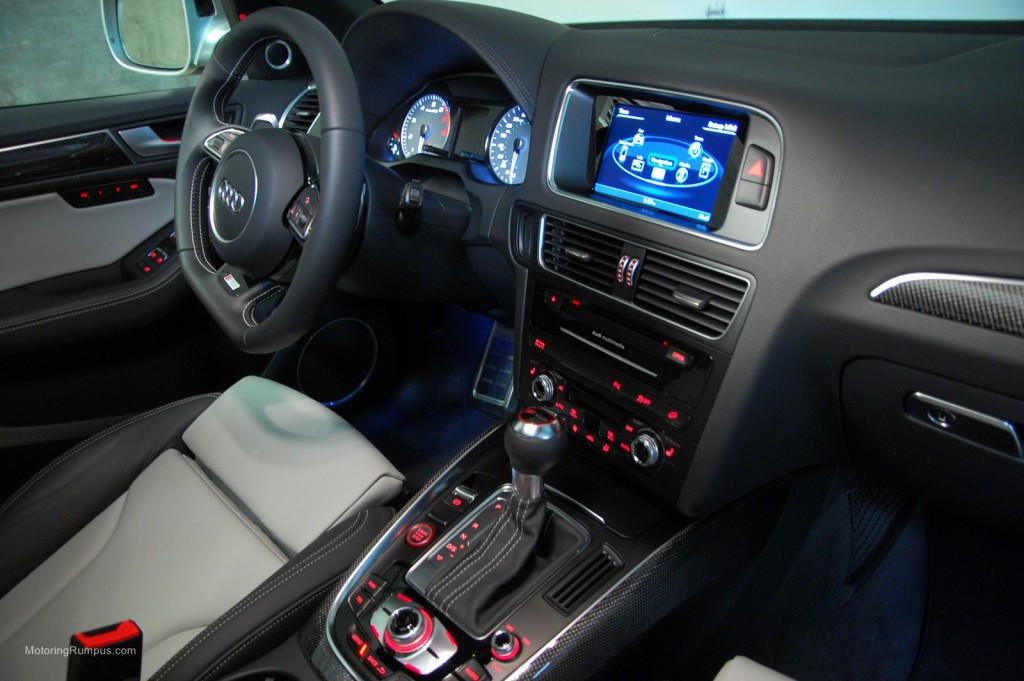 On the road the SQ5 is competent but not overly responsive, offering the sort of vague driving feel that previous Audis have been criticized for. 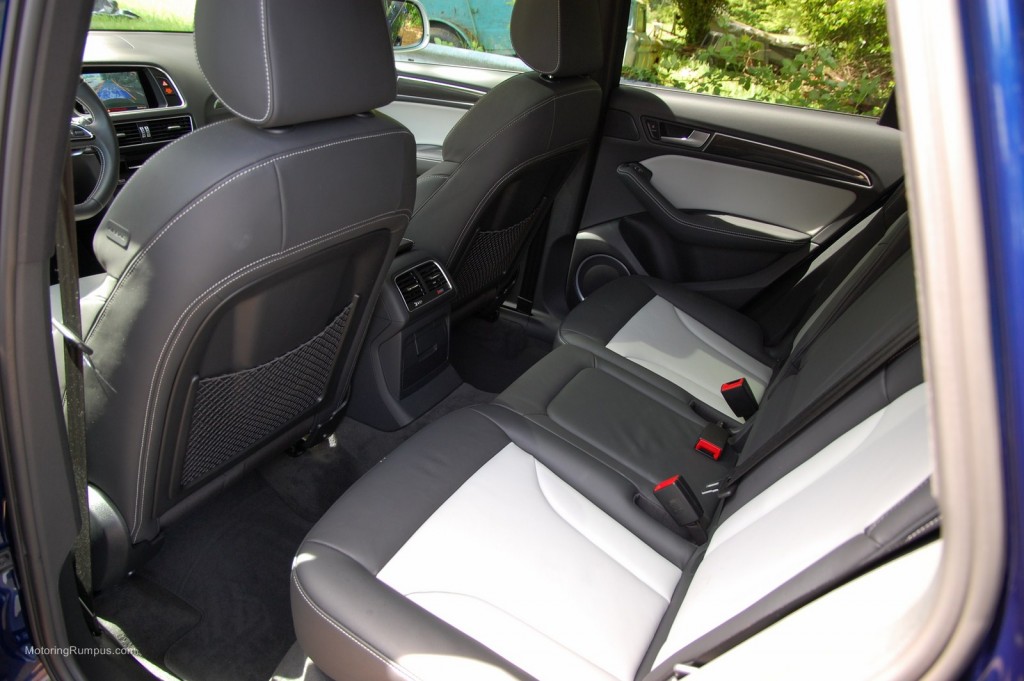 The mature attractiveness of this car is apparent. It offers crossover space with a bit of extra power, but we still want a proper wagon that can do everything this can. The allroad is the only wagon Audi currently offers in the US, and that is a disappointment. They have some great cars being sold around the world, but Americans will likely never get to drive most of them. 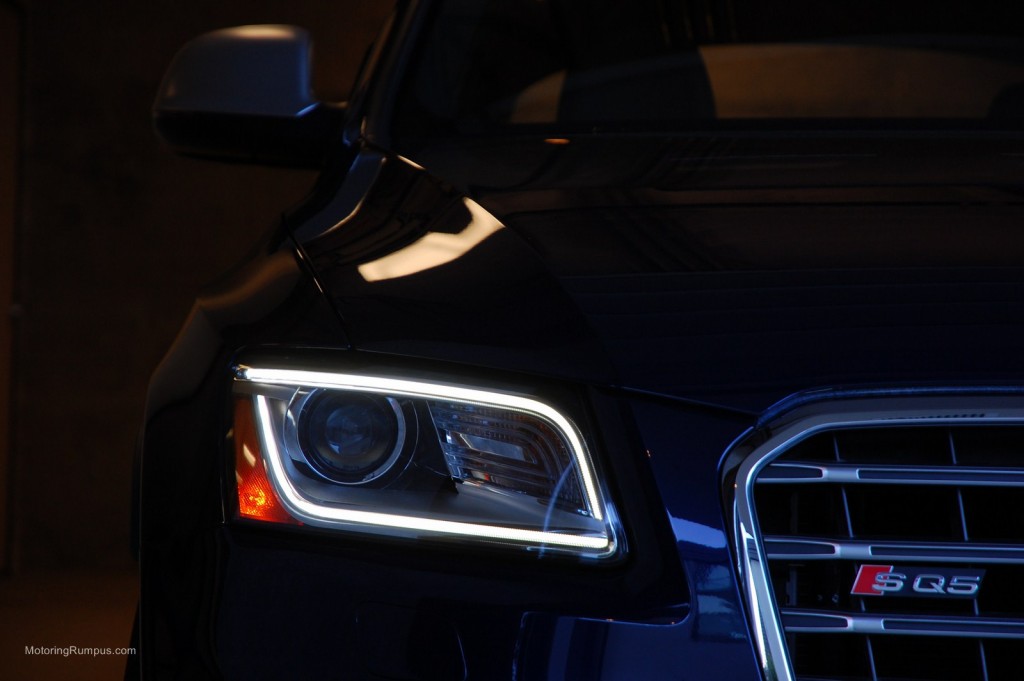 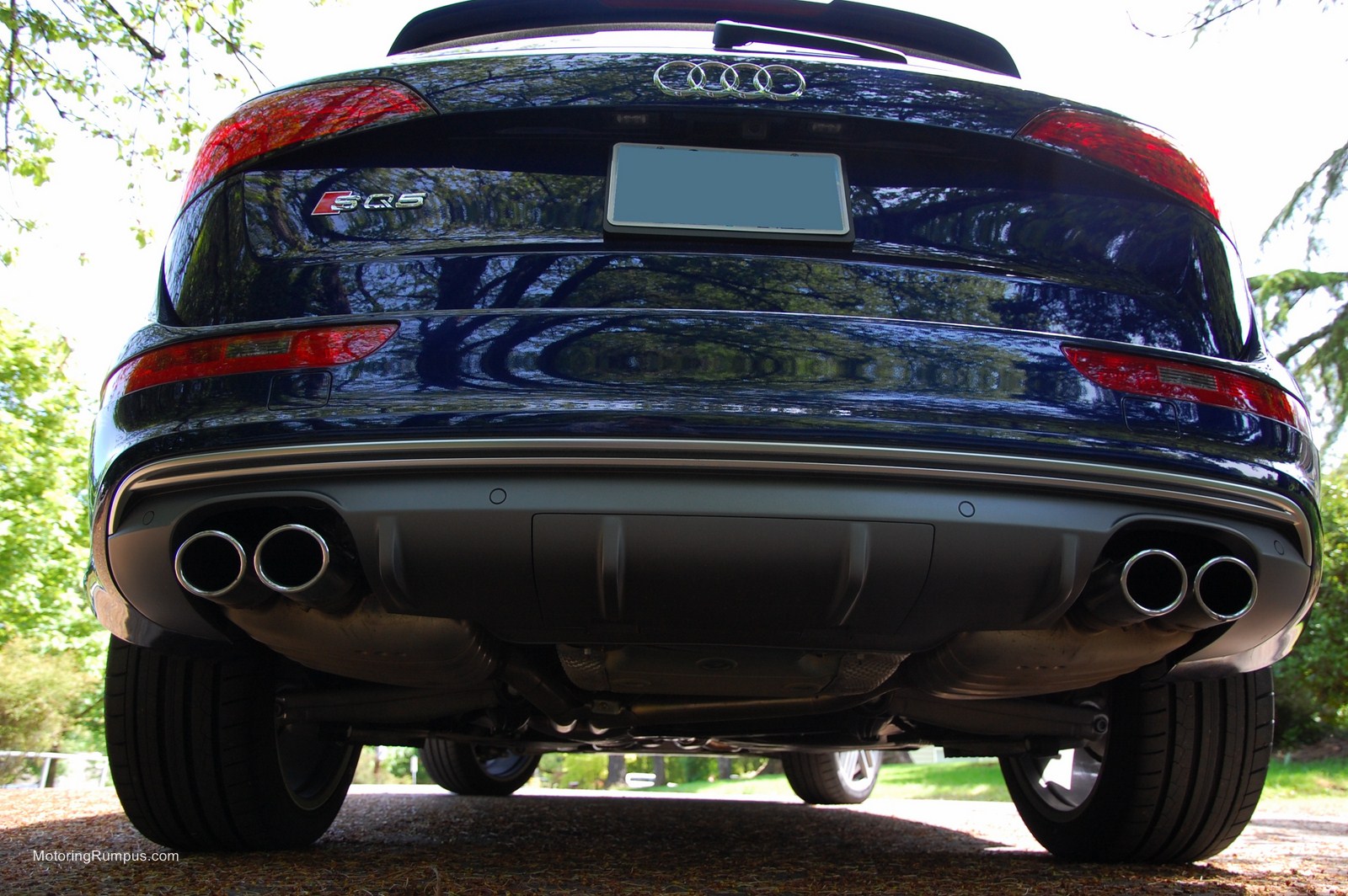 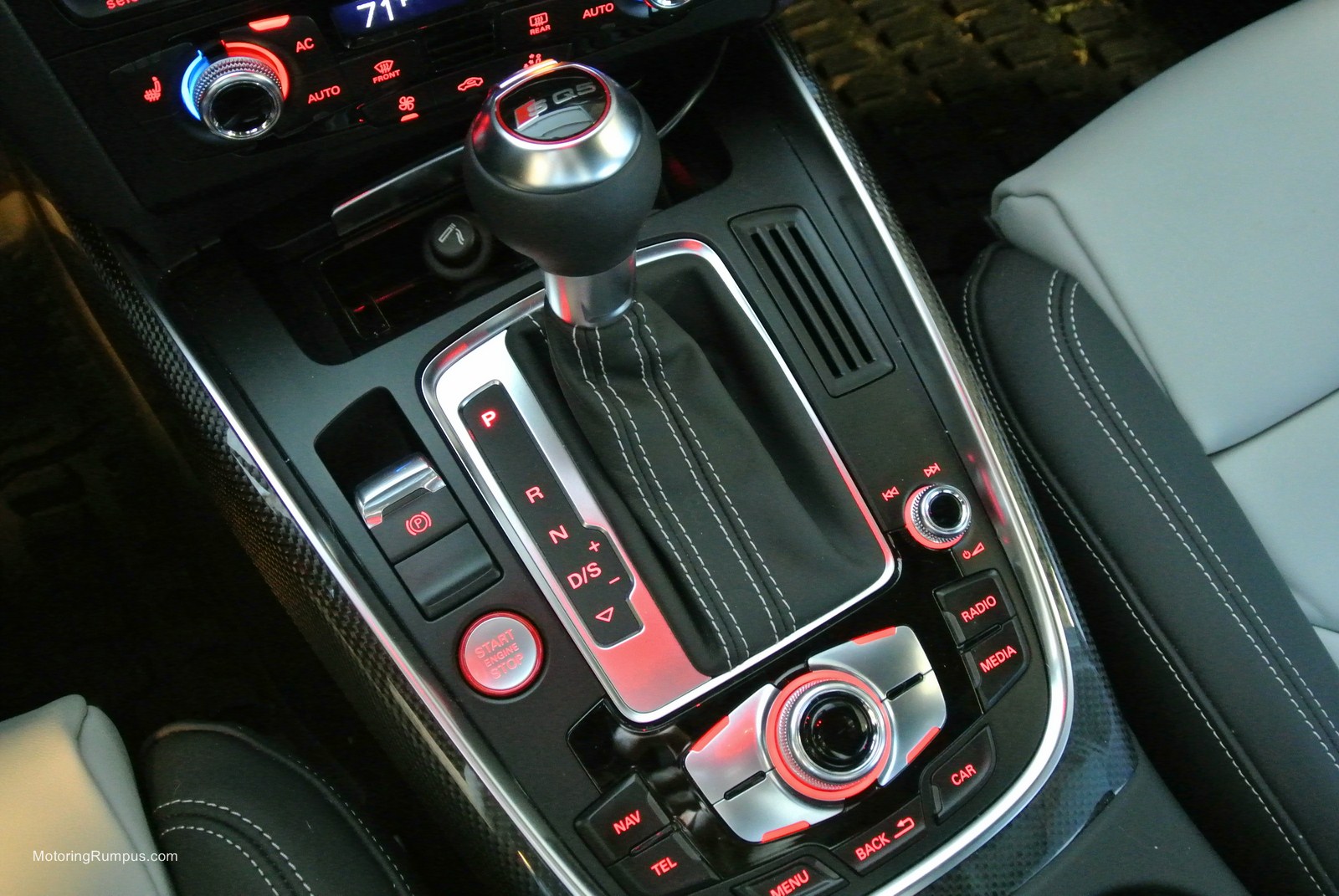 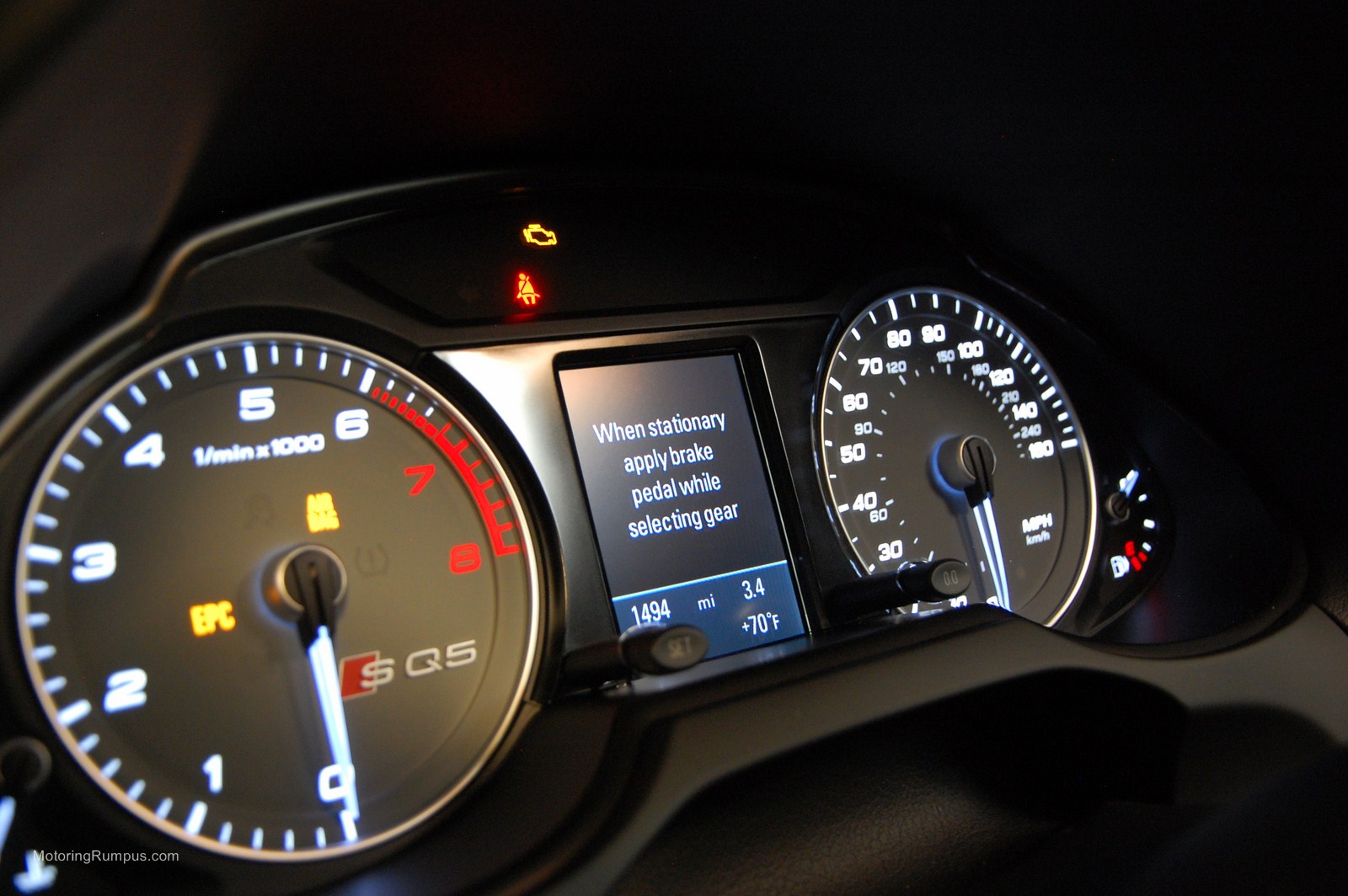 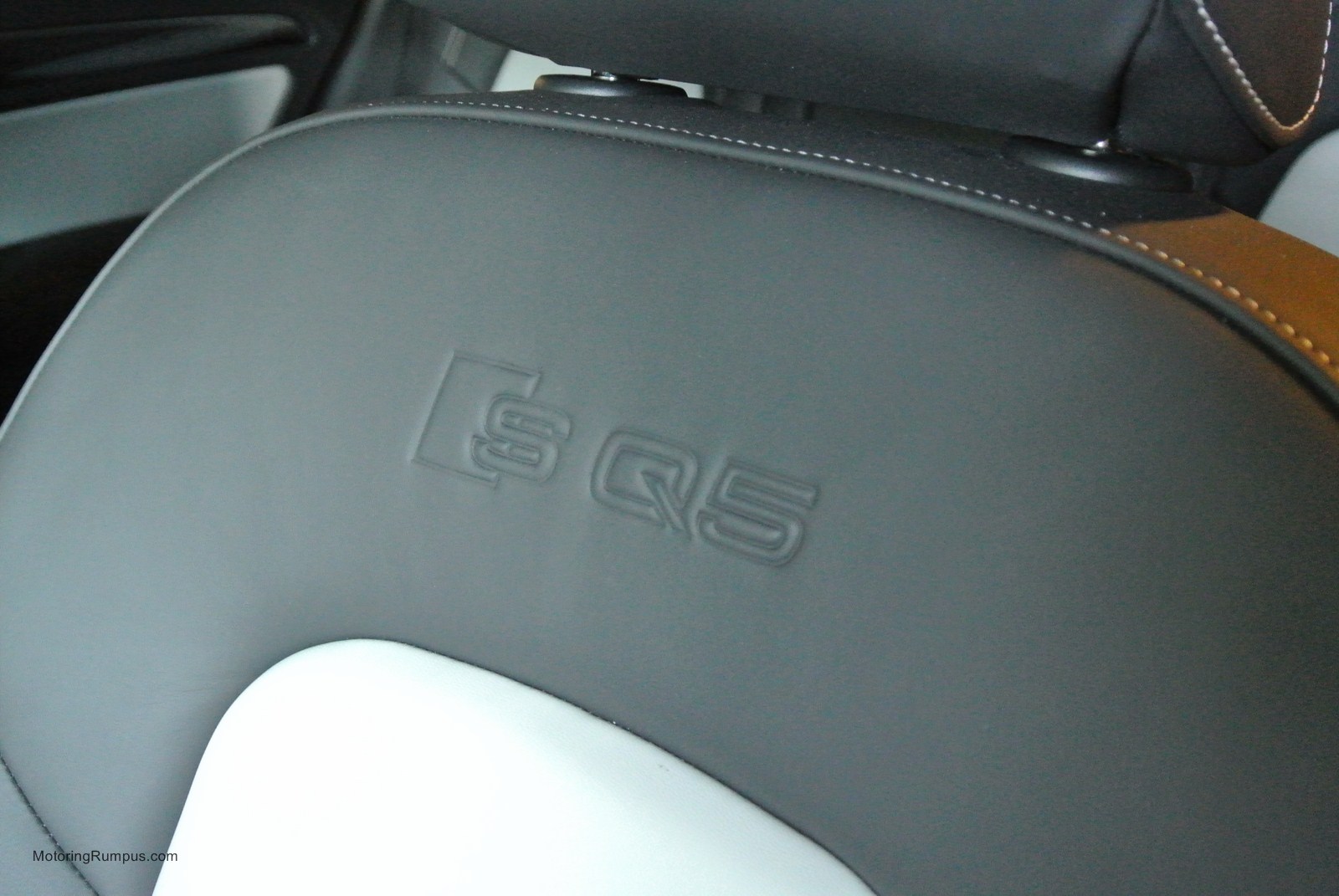