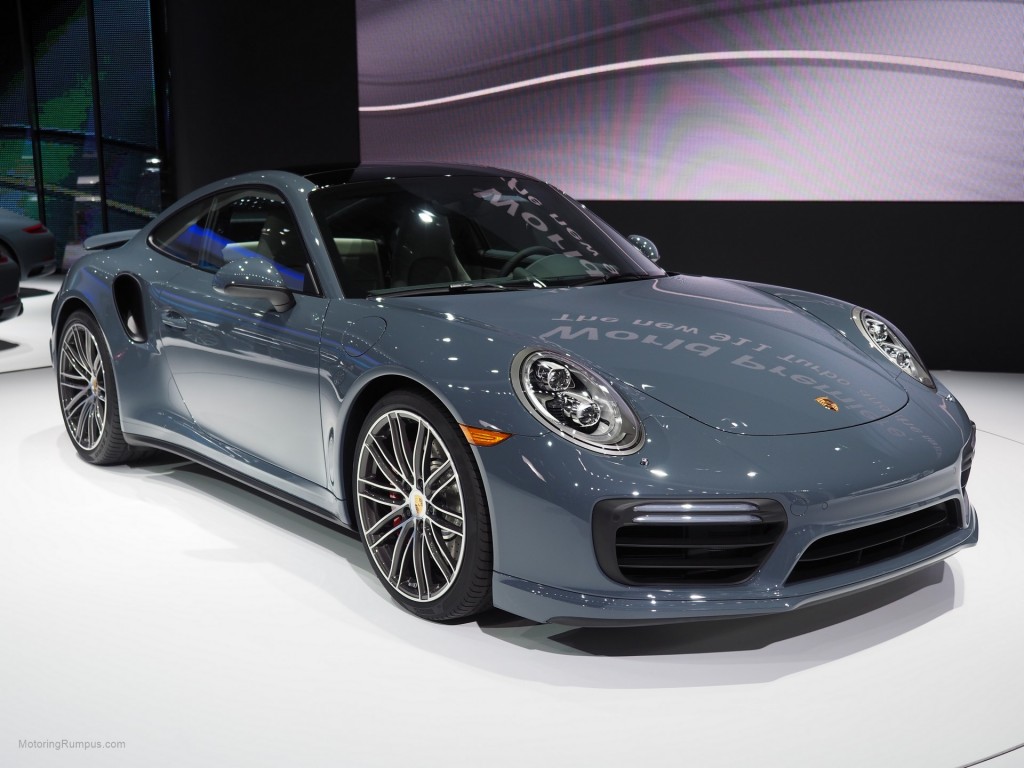 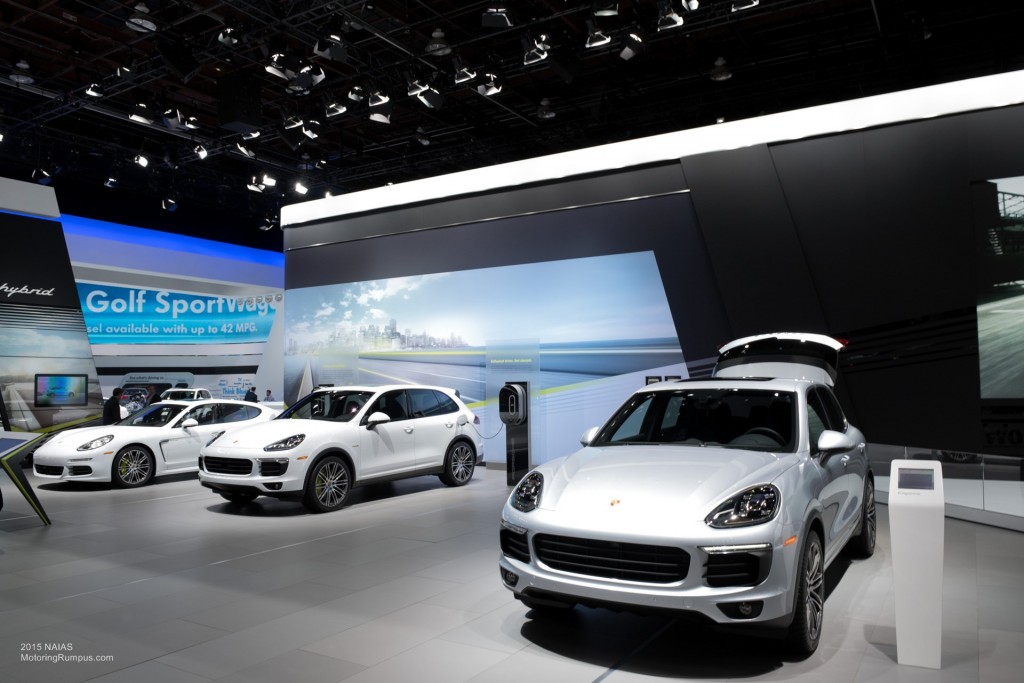 Porsche brought a few hybrids to display in Detroit for the 2015 North American International Auto Show, including the Panamera and Cayenne models, both in white. Also on display is a slew of red cars with the GTS badge.